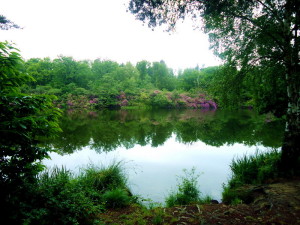 Virginia Water, a lake in Surrey and the nearby village were named after Queen Elizabeth I, “The Virgin Queen”, daughter of Henry the VIII. The park surrounding the lake, is part of Windsor Great Park, also known as the deer park located next to Windsor Castle. From 1240 the park was used for hunting by members of royal family. Today Royals still use part of this park for Polo tournaments. Ancient mighty huge oaks and red cedars witnessed events over the past 700 years.

The park around the lake was designed in the style of an English landscaped garden, similar to the Parks in Stowe, Stourhead, Petworth and Cliveden. There are no strict geometrical avenues here, no diamond-shaped or rectangular cut bushes normally found in French designs. 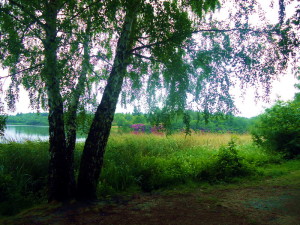 The natural balance and wonderful harmony is created by using existing the natural forest and balmy glades of blossoming groves all around the lake. In the spring the avenues crisscrossing the park are drowning in the violet, pink, yellow, and white flowers of the rhododendrons. Some parts have been so cleverly landscaped with valleys and shrubbery they take your breath away as they come into view during your walk. 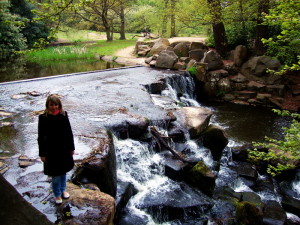 park, then in 1746 the Duke of Cumberland, (Ranger of the park at the time), decided to create a lake, using Jacobean prisoners. Sometime later, the lake was eventually destroyed by a flood but was revived anew by the landscape designer Thomas Sandby, he designed it with a magnificent artificial waterfall and a cascade in the 1780s.

Artificial ruins are also a characteristic feature of the English

landscaped garden. In 1826, a few 2000 year old Roman ruins from the ancient Libyan city of Leptis Magna were transported here and placed in one area of the park. Another interesting artifact in the park is a highly carved 100 foot totem Pole; this was a gift from the native Indians of British Columbia, (A province of Canada) to mark the centenary of this British colony.

The picturesque avenues of the park not only do they

attract fans of nature but also amateur photographers and film companies. Scenes of movies about Harry Potter and Robin Hood were made in the vicinity of this fantastic lake. Having immersed myself into a small part of history in this park, beheld natural glades and a beautiful nature, I am sure you will also, in your thoughts and feelings fall in love with this bewitching place. 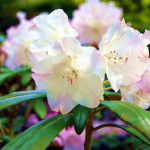 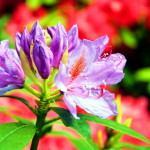 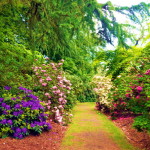