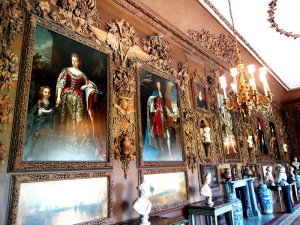 The eyes of a painter see the world in many colors, which are different from normal perception. The pictures of many impressionist painters look romantic because of light, shades and color modulation. Their pictures are created to represent their impression of the scene they are trying to portray, the word impression for a painting was first expressed in France and is written exactly the same way, hence the word impressionism. The art of impressionism can be associated in England with the painter William Turner who preceded the French with his style when visiting the old estate of Petworth in the county of West Sussex where he created his romantic watercolors. 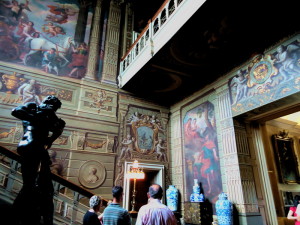 England stands on a 30-acre woodland. The landscaped gardens were created by the architect Lancelot Brown in the 18th century and were designed to blend into the surrounding panorama. Masterpieces by W. Turner depicting the feel and mood of the surrounding nature can be seen at the house in the Petworth gallery together with collections of works by Van Dyke, Reynolds and other artists. Petworth House also contains ancient and 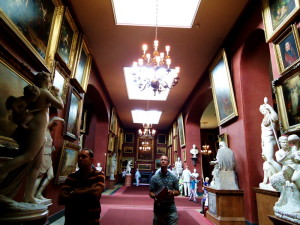 Neo-classical sculptures, graceful furniture, and lots of porcelain. This art collection of one family for more than 350 years can easily compete with many London galleries. 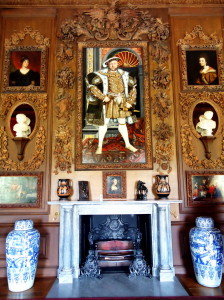 I was impressed by the carvings of Grinling Gibbons, there is a room named after him containing what are considered his best creations. He is also well known for decorations at Windsor Castle, Hampton Court Palace, Kensington palace, Blenheim palace and St Paul’s.

If you ever visit the house don’t miss the servant’s’ quarters with its fascinating kitchens and copper pots battery of more than 1000 pieces. I have not seen a better collection anywhere else during my travels. In one of the rooms there is an original terrestrial globe dating back to 1592 which it is said, is the only one in the world which highlights the travels of Francis Drake from 1577 to 1580 and the new English colonies included on it. 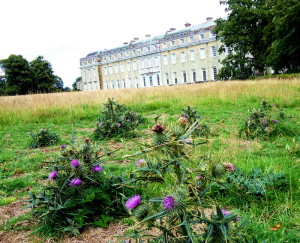 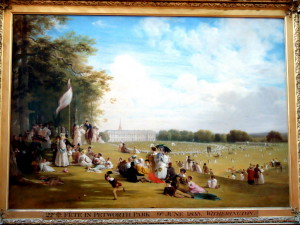 Somerset. Since the 13th century there was a much older house on this site, which belonged to Henry de Percy. An antique chapel and the undercroft of the old house still survive to this day. To see dome of these ancient artifacts is always fascinating.

Lord Egremont is the current owner of Petworth House and the 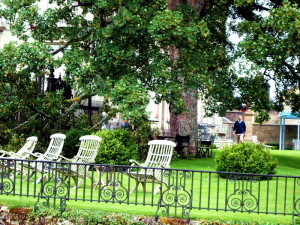 estate has been in his family for the past 250 years. He and his family now live in the south wing. The rest of the house is currently managed by The National Trust.

When walking around the park with its picturesque landscape one can see the reality of Turner’s impressionist paintings, what a shame that not everyone can see the world in unusual colors and feel the mood of nature, yet everyone admires a real work of art. As Leo Tolstoy once said “Great masterpieces are great because they are appreciated and admired by all “