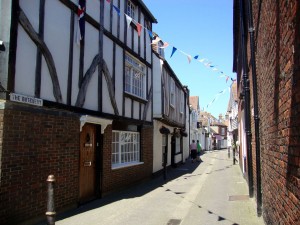 In the county of Kent in South-east England lies the town of Sandwich which is not only well-known for its unique architecture of medieval buildings but also for its namesake the sandwich. Here you can imagine old times as you walk through street upon street of medieval buildings. This town contains more medieval buildings than anywhere else in Europe. You will not find another town with so many houses made of a timber frame construction which give this town its characteristic color. 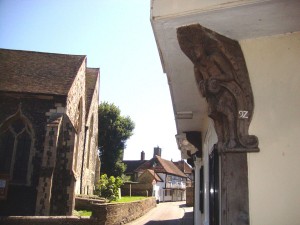 John Montague, the 4th Earl of Sandwich (1718-1792), loved gambling so much that he would not leave the card table for dinner. He simply ordered his servant to put the piece of meat between two pieces of bread so that he would not get greasy hands and spoil the cards. Other players too liked such original idea and someone asked for the same by calling out «a Sandwich for me too». And that was the birth of what we know today as the Sandwich. May the 12th 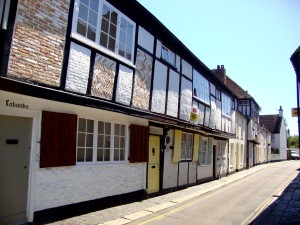 2012 was memorable day for Sandwich and sandwich. The town celebrated the 250th anniversary of the Sandwich. John Montague the 11th earl, descendant of his well-known ancestor, said at this festive ceremony:
“I am delighted to wish a happy 250th birthday to the sandwich. My ancestor, the 4th Earl, could never have imagined that his simple invention would spawn a multi-billion dollar industry, employing thousands of people around the world.” 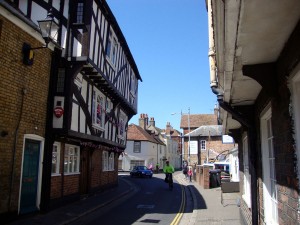 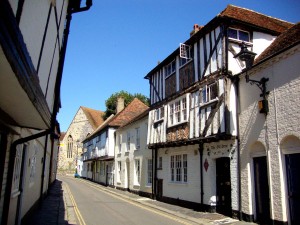 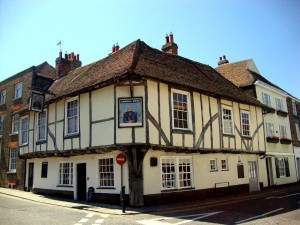