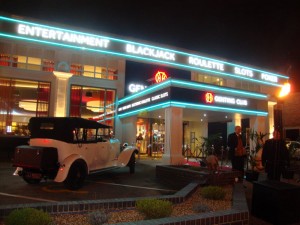 The addictive world of gambling… What depreciates money the most? Or, where does money devalue the quickest? After looking at some Casinos, I got the impression that a Casino is a place where people loose all their senses and the value of their money by using chips instead of cash. Gambling is a prolific business in this world. Casinos are not there to distribute or give money away but to relieve you of it in a fair way which depends entirely on you. Gambling has been going on all over the world since time immemorial. 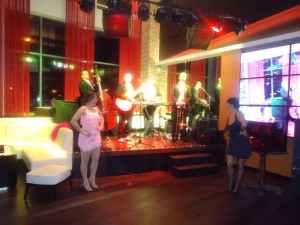 The atmosphere of casinos in England is normally very boring if you are not a gambler, there is the usual bar, a gaming hall and lots of noisy people especially when they are busy at weekends. Some elite private clubs with strict membership probably have a different atmosphere but today I want to talk about Casinos built for the masses.

Up to quite recently I had this impression that casinos were institutions that only gamblers and lonely people frequented. Last week I was invited to attend the opening night of a local Casino and surprisingly found myself in a holiday atmosphere with people from all walks of life, it was a really fantastic event! The casino in the town where I live recently had a complete design transformation. This exciting evening began at the entrance, with burning torches on either side of the porch and welcoming doormen. A beautiful rare Rolls Royce was parked to one side and a red carpet was laid leading up to the front door. Friendly staff welcomed me by collecting my coat and waitresses soon offered me a glass of champagne, whilst others were mingling among the guests offering various canapes and sweets. The spacious hall decorated in a very modern yet elegant style had beautiful seating areas, a stage, and large screen televisions. Over to one side was a beautiful long bar serving any drink you could wish for and next to that was a large upper level, housing a restaurant with a great menu. 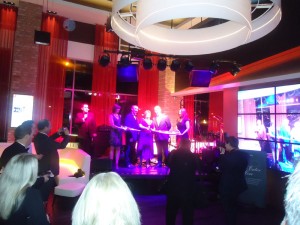 The big surprise of the evening was the arrival of the town Mayor who was invited to cut the red ribbon that officially opened the Casino. An atmosphere of the 1920s and 30s was perfectly created by an orchestra playing dance music of that time. The music which is still popular today had most of the visitors tapping toes, especially those who could relate to the tunes being played. It was lovely to watch ladies and gentlemen of all ages dancing to rhythms of tunes such as “Bring me sunshine” and the “Charleston”. On this occasion the Casino turned from a gambling den into a place of entertainment with drinking and dining in a holiday atmosphere. 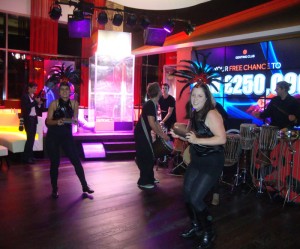 Among the workers who hail from many countries in Eastern and Western Europe, I enjoyed analyzing the visitors as the psychology of gambling is interesting to me. People from different professions and ages were there. The purpose for all of them was the same, to have a good time and hopefully winning something at their favorite game. But each player places his own value on the entertainment and on how much to gamble. Some people loose thousands in a matter of minutes, while others enjoy the games and the thrill of participating.

A lot of stories are being told about gambling. Many naive players hope that they will be the lucky ones to win a jackpot and throw lots of money into machines or lotteries. But luck and fate can turn both ways.

In one particular Casino I recently visited, I met a Chinese lady which considers the Casino as her place of work. She goes there nearly every day. Sometimes she wins good money but many times she is enable stop gambling even after loosing thousands. To date she has lost at least half the value of a good house, but can not stop due to her addiction. After each big loss she comes home depressed and promises never to go back to the casino again. She starts to consider plans for a business or a proper job but come next day an uncontrollable force attracts her back again into this world of false hope. Some days she manages to regain some of her losses and that simply fuels her optimism that one day she will recover all her losses.

Some time ago, I was told by a gentleman who has been gambling on Roulette for many years that depending simply on luck hardly ever works. He said that he had developed his own system for the game based on experience and that it only really works if you stick to it rigorously. Apparently he watches what the croupier does, how he spins the ball, where he spins from, as most croupiers very rarely roll the ball from the last number played. He gambles on a table only if a croupier spins numbers according to his system. He puts a serious bet on the expected number and covers all the neighbors of that number as the ball invariably bounces next door. He does not go to the Casino with a view to winning lots of money but to enjoy the game and have a good time. As soon as he tries to win lots of money, he loses. Also his system is soon forgotten in the rush of placing his chips if the casino is very busy with a full table. He did try to tell me the rules of the game and a way of calculating what will happen next. This only reminded me of a movie “Rain man” where the hero with a computer mind was able to precisely determine where the ball was going to drop.

I tried to work out the way he did it but something in me didn’t quite figure it out, my mathematical mind did not extend to the likes of my hero in the film. The addictive world of gambling is not for me. So I no longer tempt fate but I did come to a final conclusion. One’s whole life is a game, so enjoy it! – Good luck!