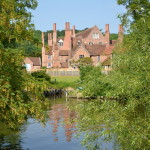 Mapledurham is a small village in Oxfordshire on the picturesque banks of the Thames located near Reading, it connects with the surrounding area via a small narrow winding road on which there is very little traffic, it is a quiet cozy village away from the hustle and bustle of it’s nearest neighbour Caversham. Because of it’s location 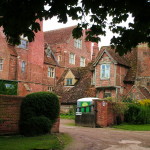 on the river and the beautiful views surrounding it, Mupledurham has been used in several movies. A famous local landmark and tourist attraction is the 16th-century mill and mansion, this last working mill in the county is driven by water pressure from the weir and the lock and the mansion one of the largest classic Elizabethan style houses in this county, owned by the Blount family for over 400 years. 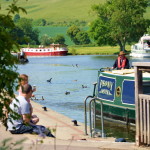 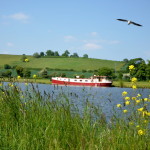 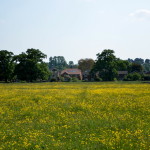 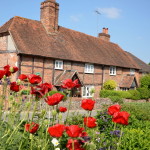 Mapledurham lock was built in 1777 and is located in the Old Saxon village of Purley-on-Thames on the opposite side of the river. There 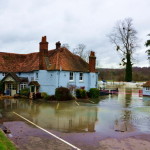 are several old houses with a rural character in the village despite the fact that it was developed at the beginning of the last century. It is a quiet village rarely visited by tourists, whereas in the neighboring village of Pangbourne, a 400-year-old little pub called “The Swan” is a very popular place, not only for locals but also for lots of tourists who enjoy coming here to admire the preserved and almost intact historical interior.

Jerome K. Jerome mentioned “The Swan” in his novel “Three Men in a Boat” as “The quaint little hotel.” Not many places exist where you can still find such an old interior with original fireplace, stone floor and wooden tables.

On the old Roman road which runs from Reading through to Pangbourne, there was a manor house called Bere Court, which was owned by Reading Abbey and was the Abbot’s summer residence. In Norman times the last abbot named Faringdon, who was hiding in the mass of underground tunnels under the manor, was arrested there in 1539 and executed in Reading during the reign of King Henry VIII’s Reformation as I previously wrote in my writings about Reading. 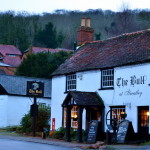 If you continue your journey along the river after Pangbourne the road bends and twists along picturesque views of the river valley where you will come across the wildlife gardens of Beale Park with it’s collections of small animals founded specifically for the education of small children. Further along the road we go past the magnificent entrance and grounds of Basildon house situated on a hill of which I previously wrote about, before finally reaching the villages of Streatley and Goring at the bottom of the hill and the Thames valley. The Saxons founded these two settlements many centuries ago, same as most places along the river Thames. A beautiful bridge now spans across Goring and Streatley over the river on this old Roman road, where once a ferry existed.

The “Bull” Pub in Streatley, also mentioned by Jerome K. Jerome, is where the protagonists stopped for breakfast. 16-18 century old houses delightfully fit into the landscape of extraordinary natural beauty, which includes the adjacent hills of the Berkshire Downs. 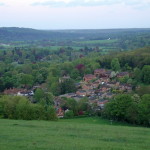 vistas stretching into the distance over the Chilterns with the scattered houses of the villages below in the valleys. That’s the 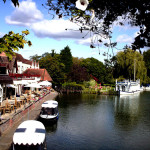 advantage of traveling by car; views such as this cannot be seen from a boat.

Crossing over to Goring on the bridge, one can meet many a tourist admiring the beautiful views of the weir and lock as well as a charming hotel also called the “Swan” with it’s very attractive and beautifully decorated wedding boat, located on the Streatley side of the river. 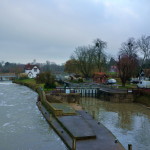 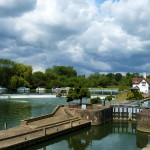 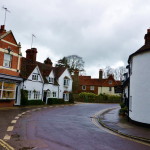 Goring has two remarkable ancient churches. One of them, the 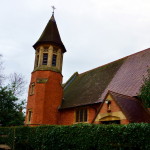 Church of Saint Thomas was built in 12th century and has a ring of eight bells, one of which dates from 1290. The rood screen is carved from wood taken from one of Nelson’s ships that took part at Trafalgar.

Next on my journey with Jerome K. Jerome will include the ancient town of Wallingford.