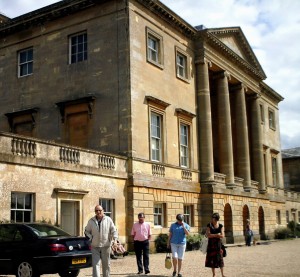 Admirers of Charles Dickens will remember Bill Sykes’s the rascally and cruel character in the novel “Oliver Twist”. But not many people may know that there was an archetype of this literary hero. Bill Sykes – the grandson of sir Francis Sykes who made his fortune in India. Many stories are known about how this English aristocrat made his fortune and not always from a moral aspect. In 1769 he came back from India and became a Member of Parliament, he bought the magnificent estate of Basildon in Berkshire. The history of which went back quite a few centuries giving the owners a classic sense of historical meaning. 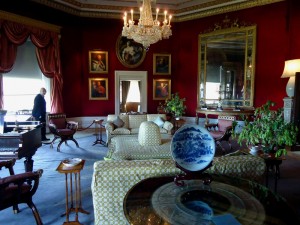 The first time the manor house of Basildon is mentioned in documents in the 13th century when it was granted by the Royal family to Elias de Colleshull. In the 16th and 17th century the estate was rebuilt by various owners. Francis Sykes built the current magnificent house in Basildon between 1776 and 1783 in Palladian style designed by the leading architect of his time John Karr. But in this beautiful mansion Sir Sykes didn’t enjoy a good life as his activities in the Bengalese Government as a tax inspector became the subject of public condemnation and later was accused of corruption. 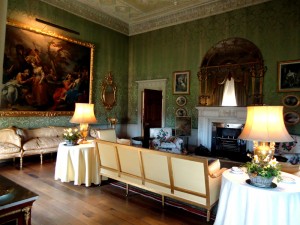 Probably, this dishonest life affected the destiny of his grandson Bill Sykes who inherited Basildon and on at least two occasions suffered similar fates. The future Prime minister Benjamin Disraeli who was a guest at Basildon house from 1834 to 1835 and who eventually became  Henrietta’s lover, the wife of Bill Sykes, immortalized Francis Sykes his Grandfather and references to Basildon and it’s rooms, in his novel « Henrietta Temple: A Love Story». Lady Sykes’s other romantic liaison was with the painter Daniel Maclise which formed part of another scandal in society. This time Charles Dickens a friend of Maclise created an image of Sir Francis in his novel “Oliver Twist” in 1838, calling him Bill Sykes same name as the grandson.

Nevertheless, Basildon outlived all of its owners and difficult times and in 1914 the house was used as a sanatorium for wounded soldiers of the First World War. 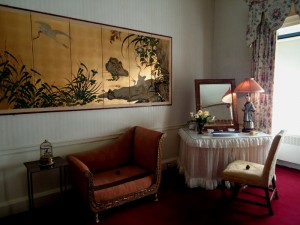 The next owner a Mr. J. Morrison, a self made millionaire who did not appreciate the property and its history, resulted in the house being mostly destroyed. Then a subsequent owner, a property developer by the name of G. Ferdinand produced a brochure published in the USA resulting in the sale of various parts of the Manor house. Some elements of which are now in American museums, then during the Second World War the house was used as a training ground for British troops and as a prisoner of war camp.

In 1952 Mrs Langton Ilife and her husband bought the manor house and started the task of restoration. Within 25 years Basildon was completely restored, newly decorated and fully refurbished. In 1978 the Manor house was offered to the National Trust for the nation to enjoy. This Basildon mansion set within the beautiful landscape of Berkshire, evoking a wonderful history of love and cruel characters is mostly remembered for Charles Dickens and Disraeli but enjoyed by all who enter it. You can visit Basildon Manor in the County of Berkshire in England admire it’s architecture, wonderful garden and some fabulous masterpieces from great masters.