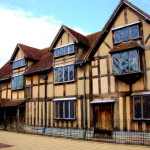 It is impossible to take a walk around the town of Stratford upon Avon without thinking of William Shakespeare. In this town, the 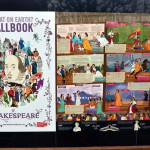 birthplace of the great playwright and poet, fragments of his literary heroes’ sonnets and quotations quickly come to mind. “To be or not to be…” Was William Shakespeare really the author of his plays and sonnets? That is “the question” of some supporters of the anti-Stratfordian’s theory. Did he really write all his plays himself? Maybe groups of people or another author hide under his name. Undoubtedly, envious contemporaries initiated the theory of the authorship of the works. A commoner from a poor family, who became a genius, is now called England’s national poet and the “Bard of Avon”. 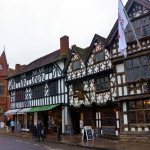 On Henley Street there is a half-timbered house that of John Shakespeare, the poet’s father, where William was born and brought up. The house still has it’s original interiors with a large fireplace and a stone floor, same as all those years ago. Actors dressed in original costumes of that time meet tourists who visit from around the world. John Shakespeare was an artisan and had a small studio where he sewed gloves. In one of the rooms you can see and touch leather gloves, like those that he used to make.

In Shakespeare’s time, Stratford had only three main streets and about 200 houses. Many of 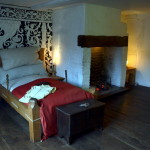 the old timber framed buildings related to the life of Shakespeare have survived to this day; you can visit five of the relevant houses for around £20.

Not far from Shakespeare’s birthplace, you will find Hall’s Croft, the 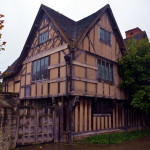 house of Shakespeare’s daughter and her husband, which also has original interiors and contains a collection of 16th and 17th century paintings and furniture. In the last few years of his life Shakespeare bought lived and died in a house called New Place, it was located next to his granddaughter’s house, which was now married to a Thomas Nash and can be found in the center of Stratford as a town museum.

He made a successful career in London as an actor and dramatist at the “Globe” theatre. New Place was paid for with the money raised from his plays “Romeo and Juliet” and “Hamlet”. Unfortunately for us today, New Place no longer exists, the new owner who did not like anything to do with theatres and had also grown tired of tourists constantly visiting the house, completely destroyed it and left the town. 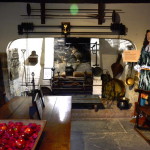 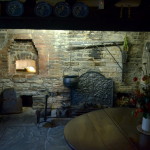 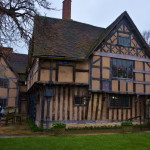 There are many other beautiful historical cottages which can also be visited situated slightly outside the town center such as Anne Hathaway’s, Shakespeare’s wife and Mary Arden’s the poet’s mother and family home. 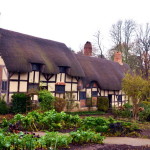 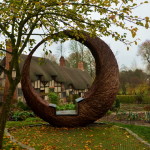 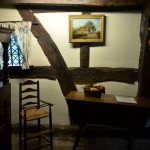 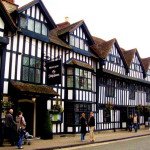 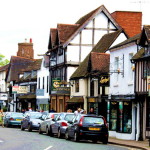 years old. It was known as the small estate of the bishop of Worcester, who founded a monastery in 1196. In the Middle Ages, when the original charters of the town were granted, Stratford became a market town. At that time people from nearby villages moved to the town to study crafts and start small businesses. One of the most successful artisans making gloves was the poet’s father John Shakespeare.

In the old half-timbered houses in the town center there are a lot cafes and souvenir shops. 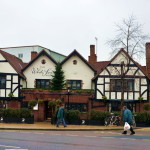 And of course a few traditional English pubs, which impossible to miss as they are charming, quaint and unique. One of the oldest pubs in the town is the “White Lion Inn”, established since 1603. 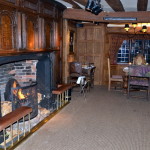 Stratford would have remained an ordinary provincial town, if it were not for William Shakespeare, thanks to him; tourists from all over the world now visit this town because his works have been translated into most languages. Whether you like Shakespeare or not a visit to Stratford is highly recommended.