I continue my stories about settlements in the Thames valley. My last story was about Monkey Island. This time I write about Maidenhead, a wondrous and sweet town for me, because I not only describe my experiences and impressions but I am partly influenced by other opinions, like from the novelist Jerome K. Jerome, who describes his journey and the towns along the Thames valley in his novel “Three Men in a boat”. 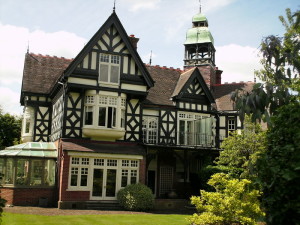 Here is part of his writing. “Maidenhead itself is too snobby

to be pleasant. It is the haunt of the river swell and overdressed female companion. It is a town of showy hotels, patronized chiefly by dudes and ballet girls”.

The author described the town as it was over one hundred years ago. During Victorian times, thousands of people flocked to the river to watch the wealthier classes disport themselves, especially on weekends, when they held carnivals and regattas. The town has been linked with scandals from playboy visitors who used to go to the hotels on the river. 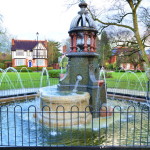 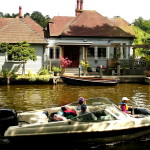 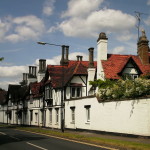 Maidenhead is not a very old town. In the 9th century the

settlement was known as South Ellington, which eventually merged with Maiden-Hythe or “New Wharf”. There are other theories about the origins of the name. One speculation is about a holy virgin. By legend, in a chapel on the river Thames there was a maiden’s scull, one of St. Ursula’s eleven thousand virginal maidens, who were martyred at Cologne. Although historians say that St. Ursula never existed. The name “Maiden” originates from the Saxon language “Maegdena”, hence the Maiden’s head.

Maidenhead became the busiest coaching stop on the road between London and Bristol, when in 1777 a new bridge was built across the Thames to replace an old wooden one built in 1280. The town was within a day’s journey from London and travelers took to spending the night at the inns, particularly if they knew they could be attacked by robbers during darkness.

Nowadays Maidenhead is a very pleasant place, especially along the river, where in 1772 the Boulters lock was built. (The word “bolter” means miller in old English) Ray Mill Island which is situated beside the lock once belonged to the Ray family and is where the actual Mill was once situated. In 1950, the mill was named Boulters Inn and became a beautiful small hotel on the river, linked to Ray Island by a very picturesque but very old wooden bridge, which I photographed five years ago! Unfortunately, this bridge was destroyed after the renovation of the restaurant in 2010. 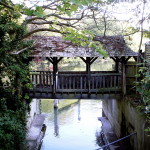 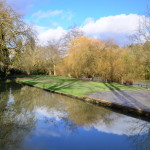 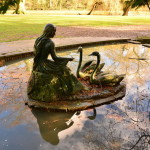 Today it is a modern restaurant overlooking the River with great views from the large magnificent balconies. Ray Island is now a very beautiful park overlooking the weir on the Thames with picture postcard views. Somehow by accident I found a very old photo of the painting “Boulters Lock at Maidenhead on Thames” by the artist R. Allan depicting a view of the island as it was many years ago.

My next photo essay will be about a village called Cookham, which suffered greatly this year by unprecedented floods.