Monkey Island today is actually a beautiful hotel on an Island in the middle of the River Thames near the village of Bray in the county of Berkshire and is also a historic place which was named “Monkey” after the monks who lived there in the 12th century. Another possible version of the name Monkey is because during the reign of Elizabeth I in the 16th century, the island was a place of refuge from the

persecution of Catholics. During that time, it was believed that monkeys were a mythical animal and if they ever touched a human, it would turn them into a monkey. Possibly, the name “Monkey” was used to scare strangers and keep visitors away. The third version of the name “Monkey Island” which existed since the 18th century, was when the word money was translated into monkey by some parts of the population and still used to describe £20 by the inhabitants of London called Cockneys. The Island was so called by people due to the fact that the owners of the island at that time the “Spencer” family used the island as fishing grounds and fishermen who come here had to pay money (corrupted to monkey) for fishing. 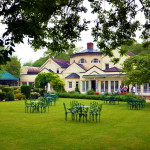 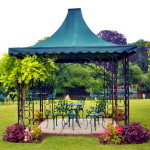 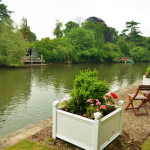 Charles Spencer, the 3rd Duke of Marlborough, bought the island in 1723. The Duke was a famous fisherman and went about erecting the first two buildings on the island, a fishing lodge (now a beautiful Pavilion) and the fishing temple (now a hotel). He embellished the interiors by decorating the walls and ceilings with monkeys performing human activities. In 1840 the place became a lovely hotel on the river, which could only be reached by ferry. This hotel became very popular in the 20th century, after Edward VII and Queen Alexandra with their children became frequent visitors for tea on the lawn. Many famous film and stage stars as well as writers and painters were seen regularly visiting the island. Some time after that the island became a private residence and a magnificent pedestrian bridge was built so that the owner’s wife who was pregnant at the time could cross safely to the island. Then in 1970, “Monkey Island” became a hotel once again with beautiful peacocks roaming the lawns. In the 60’s and 70’s it was the in place for the beautiful people of the teenage revolution with parties being held there regularly.

Monkey Island was mentioned in the novel “Three Men in a boat” by Jerome K. Jerome about journey along the Thames valley. 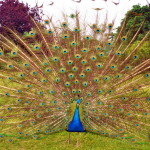 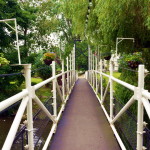 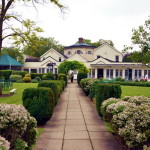 In the nearby village of Bray, we walked through the small streets with their picturesque old cottages 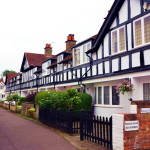 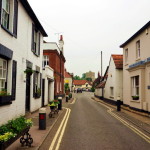 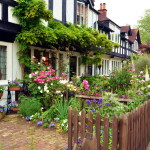 and ended up at St. Michael’s Church built in 1293, which has brass reliefs of Sir John Foxley and his wife, dating from the year 1378. 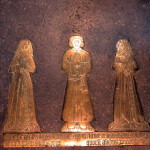 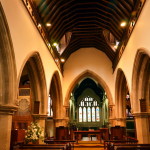 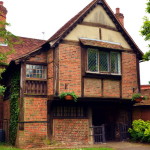 We also visited a pub called the «Hinds head» which boasts a 15th century original fireplace. 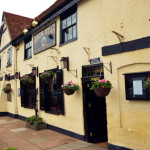 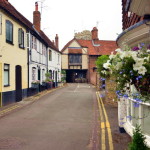 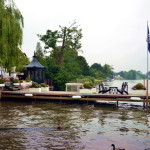 In Bray there are two of the top four UK restaurants mentioned in the Michelin Guide. The «The Fat Duck» has been named the world’s best restaurant in 2005 and best in Britain for several years (it should be noted that the ranking was compiled by the British magazine “Restaurant”), and “The Waterside Inn” which also has three stars from the Red Guide.

That’s all about the cozy village of Bray. I hope to meet you next time at the House of Dracula on the River Thames!