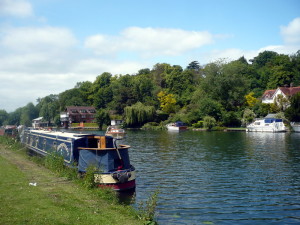 Boat at the river Thames

One of the most unusual ways of traveling is by canal in a narrow long boat, which is very popular in England. British people do not only travel by boat along the rivers but also on lots of canals that interconnect rivers and major towns. The Kennet and Avon canal was built between 1794 and 1810 and is 140 km long; it was used mainly for the transportation of goods between London and Bristol. The canal has 105 locks and the 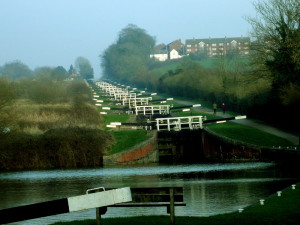 29 locks on the Caen Hill

maximum height above sea level is 140 meters. Huge amounts of water was required to operate the locks, so the problem was solved by installing a back pump to bring 32 million liters of water per day to the top of the hill. In the 19th century, the canal was lit at night by gaslights. After the construction of the railways in the 1850’s, the canal was no longer used.

90 years later in 1960 the Kennet and Avon canal and its locks were totally restored.
Vast amounts of money were spent on this unusual waterway in order to turn it into a navigational waterway for use by narrow long boats and as a tourist attraction for pleasure cruises. 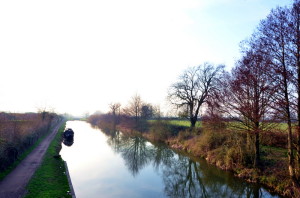 Perhaps this is one of the most unusual canals in the world, which is currently used by boating enthusiasts. In order to overcome the altitude of Caen Hill 29 locks have been built which are located at short distances from each other for over 3.2 km and have a rise of 72 meters. 5 to 6 hours are needed to pass through the 16 locks especially as they all have to be operated manually. One can only admire these brave lovers of waterway traveling, as most of them are senior citizens enjoying their retirement.

I am uploading some photos I took whilst visiting this canal near Bradford on Avon. 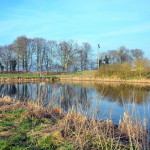 A canal pound on the Caen Hill 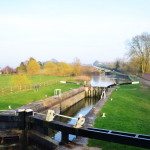 A flight of 16 locks climbs Caen Hill in Devizes 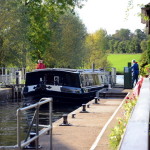 Lock on the river Thames