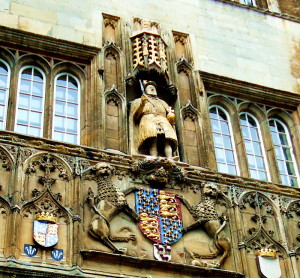 Cambridge is known as the home of the University of Cambridge, founded in 1209 and ranked one of the top five universities in the world.

Settlements have existed around Cambridge since before the Roman Empire. The earliest evidence of occupation is the remains of a 3,500-year-old farmstead discovered on the site of Fitzwilliam College.

After the Romans left, the Saxons took over the land on and around Castle Hill and renamed it 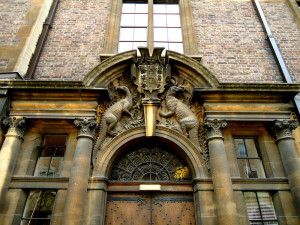 Grantabrycge – ‘Bridge over the river Granta’. Over the years the name of the river was changed to Cam. Hence the name ‘Cambridge’ it comes from the river name of CAM and the word BRIDGE. Some very old buildings are still scattered around the town, St Bene’t’s church is the oldest building in Cambridge. The Vikings ruled the area for a time in 875, later Willam the Norman conqueror built a castle on Castle Hill in 1068. Cambridge was made a town by Henry I in 1120 and the first college to be founded in the University of Cambridge was Peterhouse. 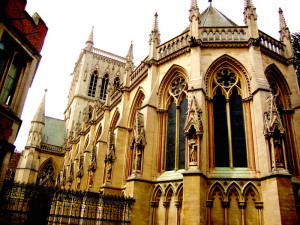 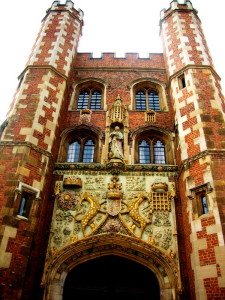 1349, at the time, there were two parishes in Cambridge, these were merged as there weren’t enough people left to fill even one church, also, since over a third of the clergy had died, four new colleges were established at the University over the following years to train new clergymen. One of the most well-known buildings in Cambridge, King’s college chapel, was begun in 1446 by King Henry the sixth and was completed during the reign of King Henry the VIII.

Henry VIII made many changes in the educational institutions and a lot of colleges began teaching classical science instead of “scholastic philosophy”. Under the reformation, church lands began to be confiscated and that affected the Cambridge colleges. Trinity-college was opened in 1546 thanks to the sixth wife of Henry the VIII, she saved the land of two colleges from confiscation after convincing the King to unite two of the colleges into one called Trinity college. 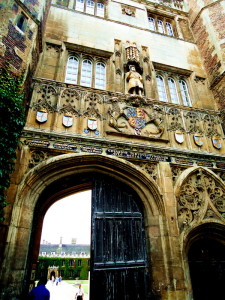 That’s why there is a statue of Henry the VIII in a niche above the doorway of the Great Gate, which is the main entrance to Trinity College. The statue had the King holding a sword in his right hand, but today he stands there holding a table leg in his hand instead of the original sword. Nobody really knows how the switch was carried out and by whom. The funniest thing is that most visitors do not notice this as they look around the college, unless someone points it out to them. Many stories have been told about this but to this day nobody knows how or when it happened.

At certain times during the student season you can make excursions to the colleges, there are 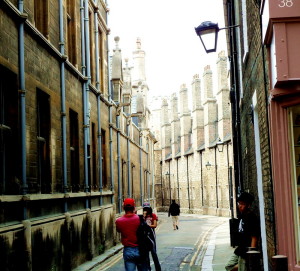 The Science park of Cambridge is on a par with the Silicon Valley in the United States, the largest in Europe; it exists thanks to the scientific knowledge developed at the Cambridge University. But for some reason they call this park the Silicone bog, probably for fun. 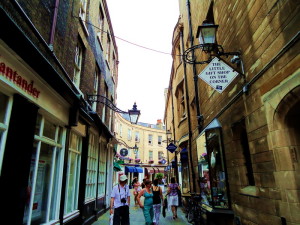 Walking along the streets in Cambridge you have to stop and admire some great architecture among the buildings, which cannot be compared with any other town in Britain. Cambridge city center is made up of commercial and historic 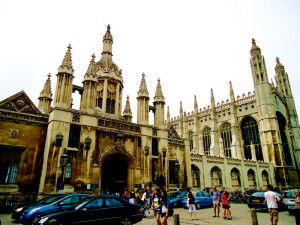 buildings; it also have some very large green spaces and parks. As one of the “most beautiful cities in the world” it generates over £350 million a year from tourism. The city uses a lot more bicycles than any other in

the UK and punting on the river Cam is a very popular recreation which generates great competition for the tourists among the punters and boaters on the river .

Finally, let us not forget that the future King and Queen of England are the current Duke and Duchess of Cambridge.

Reflecting back to Henry the VIII and his statue above the entrance to the college, we would love to know the secret of that table leg in his right hand. May be some students did this as a funny joke many years ago, should any one alive today really know the secret, please do not tell as the mystery will vanish forever.