There are a lot of myths and legends about Merlin the wizard. Did he ever exist? Who knows? Not only is Merlin’s name surrounded by lots of stories but often history is being written on the basis of myths. But the history of a small town called Marlborough is positively connected with the legend of Merlin the wizard. Apparently, this magician from the days of King Arthur is buried in a barrow (ancient name for grave) situated in the grounds of Marlborough College. Hence the name Marlborough derived from the words Merlin’s Barrow. 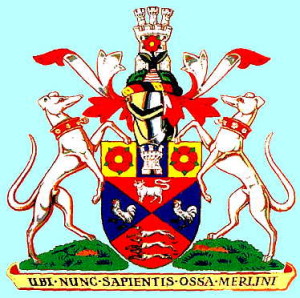 On an old map of Wiltshire dated 1611 the

town’s name is mentioned as Marlinges Boroe. You will also find that the motto of the town is written in Latin as (Ubi nunc sapientis ossa Merlini) – So where are the bones of the wise Merlin now? A legend will always remain a legend forever. However, we can find some historical facts from various documents mentioning that on this barrow near the town of Marlborough in 1067 William the (Norman) Conqueror built a wooden motto and bailey castle and we also find that Marlborough is mentioned in The Doomsday book of 1087.

has the widest High street in the UK. Today there are many old buildings which create a peculiarly unique atmosphere of ancient times. The shape of the old city has not changed a lot, same as some of its traditions. In the middle Ages an annual Mop Fair took place where farmers came to hire workers. Today that same traditional event is still held annually when the high street is closed and turned into a fun fair.

The town of Marlborough is not widely known around the world. But a brand of cigarettes called “Marlboro” is world renown. The coincidence with the name is not

accidental. In 1847 the son of an emigrant from Germany called Philip Morris, opened a tobacco factory in London. The factory existed only until he died in 1873. 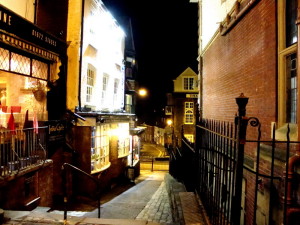 In 1902 the name of Philip Morris was taken up by a tobacco company in New York which decided to name their brand of cigarettes “Marlboro”, after the street Great Marlborough in London. Unfortunately, the street name commemorates General John Churchill, 1st Duke of Marlborough (1650 – 1722) who became famous during the Spanish wars. (From this heritage line we got Winston Churchill, the WW2 Prime minister, and Diana the princess of Wales).

So we can now say that the name of “Marlboro” cigarettes, is indirectly related to the

town of Marlborough and more so to Merlin the magician. Sometimes we come across some really unusual stories. Personally, I do not smoke nor do I like Marlboro or any other cigarettes but I like visiting this lovely small town to admire its originality, enjoy a drink on a cold evening by the fireside of a Public house and dream about the many stories I have heard of Merlin’s wizardry…