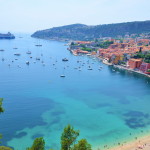 Names of towns are usually associated with legends, history and the geography of the area. The history of Villefranche-sur-Mer has been known since 1295, when the Count of Provence, Charles of Anjou, established the town as a “free port” with tax privileges. Beaulieu-sur-Mer in French means “beautiful place by the sea.” Not forgetting that most towns along the French Riviera are beautiful in their own way, it’s difficult to say which one is the most beautiful. There are places along the coast on the way to Monte Carlo, which are especially revered by the rich. 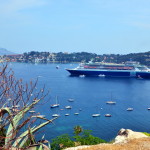 Between the two towns, Villefranche and Beaulieu there is the 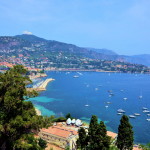 resort of Saint-Jean-Cap-Ferrat, nicknamed as one of the pearls on the French Riviera, which is located on a peninsula that extends out into Cape Ferrat. It is a favorite holiday destination among Royalty, the European aristocracy and millionaires. King Leopold II of Belgium in 1902 built several houses on Cap Ferrat, as it was his estate at that time. Nowadays Cap Ferrat is a place littered with the most expensive properties in the world. A number of magnificent villas on Cap Ferrat are owned by the wealthy, like Paul Allen, co-founder of Microsoft and composer Andrew Lloyd Webber among many others. 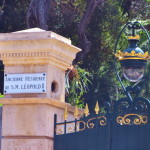 One luxury villa is the “Villa La Leopolda”, designed in 1929 by an 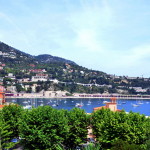 American architect for King Leopold and his mistress Caroline Lacroix, whom he married 5 days before his death. Very rich celebrities, an architect, a financier, an industrialist and a banker have owned this villa in the past. In 2008 a Russian billionaire offered to purchase this home for half a billion euros, paid millions as a deposit and was charged more millions when he failed to complete the deal. This villa is now the most expensive private property in the world. It was protected by the French state as a historical and cultural monument, as it was built during the Belle Époque, which spanned from the late 19th century until 1914, during the heyday of technological progress in Europe. 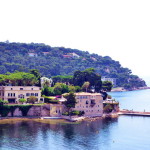 This day was devoted entirely, to the visit of these most famous palaces such as the Villa Ephrussi de Rothschild was built at the 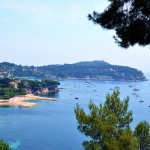 same time on Cap Ferrat and is now a Museum open to the public. The Rothschild dynasty has lots of luxurious palaces in different countries of the world, I wrote about these in my article about the Rothschild palace built in the style of a French chateau in Waddesdon, when we visited the estate a couple of years ago. The Villa Ephrussi de Rothschild on Cap Ferrat is in an Italian style built in 1912, contains an art collection of the Middle Ages and the Renaissance also antiques from Marie Antoinette and Madame de Pompadour, as well as very fine furnishings. The palaces are worth visiting not just to admire the rich heritage of modern civilization but also to experience and see the actual artifacts at first hands. 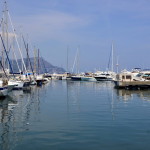 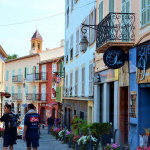 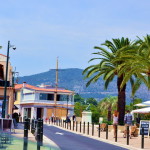 Admiring these luxurious villas with the background of the azure sea, I realized that even if one worked very hard for 50 years, they will never amass anything near enough to afford any of these mansions. Only some lucky people and in most cases, with Aristocrats, the wealth is inherited from previous generation. Materialism aside, the true value of life for each person will always be different. 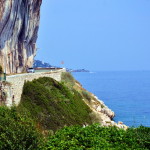 At last we reached the Principality of Monaco, the final destination 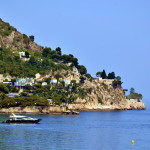 of our voyage along the Côte d’Azur. This small territory has been controlled by the Grimaldi dynasty since the 13th century of whom Prince Albert II is now the head of the state. Phoenicians first settled on this land in the 10th century, followed by the Greeks. Monaco’s name comes from the Greek “single house” (monos) but could also be from the only temple in the area “Monoikos” attributed to Hercules. Monegasque is widely spoken here but French is the official linguage as the principality is associated with France.

This archaic principality has maintained it’s traditions for over 700 years and some pagan festivals are still celebrated to this day. The prosperity of Monaco is fuelled with preferential tax policies and the investment activities of some international businesses. In this small country, which you can cross by foot in a few hours, 800 international companies and 50 banks operate. 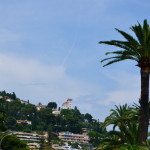 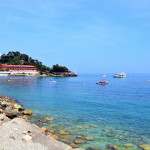 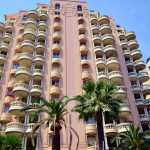 The most beautiful buildings are The Prince’s palace, the Oceanographic museum, managed for some time by the legendary Jacques-Yves Cousteau and the Cathedral of St. Nicholas. The Monaco Grand Prix, the Monte Carlo Rally and the Tour de France are some of the famous events broadcast by the media all over the world. On the waterfront of Monte Carlo there is a Mall with football star footprints imprinted on the concrete called “Golden Foot”, similar to the Walk of Stars with their hands in the Hollywood payment. Near the waterfront there is also a very nice Japanese garden, beautifully decorated with a waterfall.

Perhaps the most “iconic” symbol of Monte Carlo is the Casino, built in 1878 by Charles Garnier, the architect of the Opera House in Paris. In the casino you can not use a photo camera, as the architecture of a glamorous era, presented in this historic building is decorated with beautiful frescoes, paintings, a marble floor, Ionic columns made of Onyx and other artistic items, some of which can be seen in the films, based on stories by the English novelist Ian Fleming about an agent named James Bond. 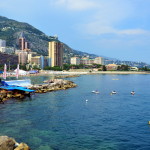 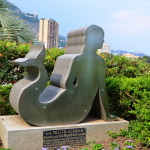 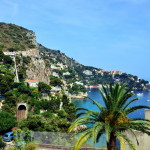 The atmosphere and visitors are very different from those represented in the moves. We visited the casino after being asked to pay an entrance fee of 10 euros, saw hundreds of slot 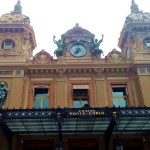 machines, watched the players and talked to the manager. Dress code in the casino no longer exists; you will not see ladies in elegant dresses and gentlemen in dinner jackets. At the same time, we were told that the casino is no longer an elite club as not many respectable people attended anymore except to the restaurant but rather a lot 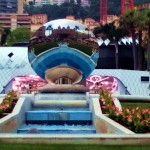 of “strange” visitors with dubious sources of income tend to frequent the place. We were very disappointed with our visit but that was not important as we enjoyed viewing the architecture of the building and the amazing paintings and decorations of the rooms. 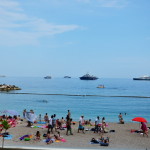 I also found time to swim on the beach in the rays of the setting sun, ending our nice summer day on a high note. We left the principality through a mountain tunnel and were being overtaken many times by Bentleys, Ferraris and other expensive cars, angrily hooting at our humble “Ford” preventing them from exceeding the speed limit. Unlike us, people driving fast expensive cars, can afford to flout traffic rules. Monte Carlo is littered with very expensive car showrooms and high class hotels.

Next we headed towards the city of Frejus along the D6007 a long and winding road through mountains and forest. It was Friday the 13th with a full moon, which we found very romantic; needless to say the day was very enjoyable despite all the bad signs!