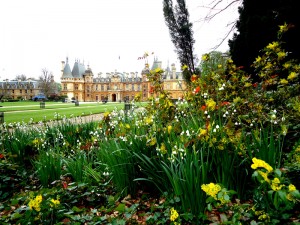 Baron Rothschild’s Manor in Waddesdon is one of 43 palaces belonging to one of the richest family of modern history. You may not agree with me but I am always curious to learn how rich people live, what their world is like and the type of house they live in but the main thing is how they achieved success in their life. Sometimes when we go out and pass some magnificent house or when we admire a beautiful pictures with expensive interiors we often wonder what sort of person lives there and how they acquired it.

The National Trust in England gives us an opportunity to explore such places. This organization has a huge collection of palaces, mansions, manor houses, parks of aristocratic dynasties and famous people. 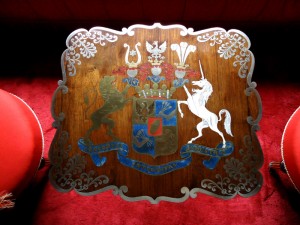 This European dynasty of bankers was started by a man called 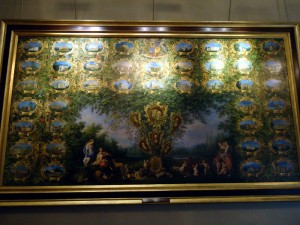 Mayer Amschel at the end of the 19th century; he changed his surname to Rothschild after the name of a jewelry workshop that belonged to his father. Mayer Amschel now “Rothschild” founded his first bank in Frankfurt Main, Germany. Some years later five of his sons were at the head of five European banks. Most of the financial transactions in Europe were at one stage supervised by this family network. The wealth was passed on from one generation to another, not only increasing in value but arranged marriages were organized so the assets were preserved by ensuring that inheritances were kept within the family. These are the three words of the family motto. Concordia, Integritas, Industria (Unity, Integrity, Industry). Whether this motto helped to achieve financial success and prosperity is a matter of opinion. 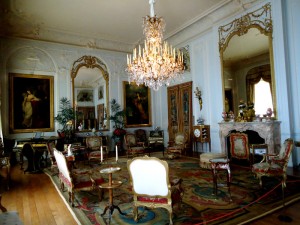 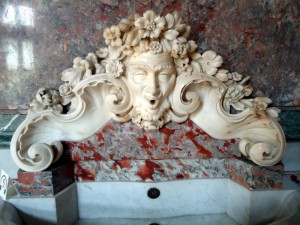 The Manor of Waddesdon in Oxfordshire was built for Baron Ferdinand de Rothschild, who was the head of the Rothschild bank in the UK. It was designed in a Neo-Renaissance style, similar to many a chateaux of the Loire Valley in France. When you look at this fantastic palace, built on the top of a hill, it reminds you of a child’s fairy tale. Disneyland comes to mind and it’s as if Sleeping Beauty still lived there. Each room is uniquely decorated and furnished mostly with French furniture originally belonging and bought from the French aristocracy after the revolution. There is a great collection of decorative art from the 18th century, including tapestries; boiseries “a form of decorative wood paneling”, ceramics, as well as plenty of English and Danish art. 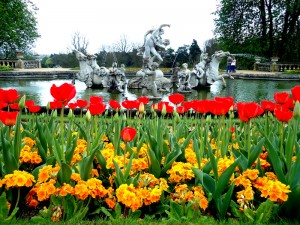 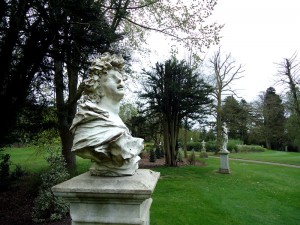 garden designers. Picturesque parterres, sculptures by Italian masters, pavilions, aviaries with rare exotic birds, even a fountain named Proserpine brought over from a Palace in northern Italy, everything around this Manor house has been created with natural harmony and beauty. In 1890 Queen Victoria was invited to visit the Manor. The Baron wanted to surprise the queen 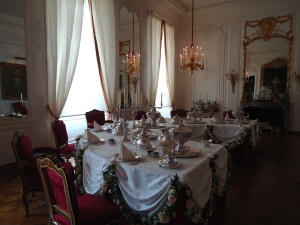 with the magnificence of his gardens but the Queen was rather more impressed with the electricity installed in the house more than all its luxury and beauty.

Eyewitnesses of the time testified that the Queen spent a whole 10 minutes playing with the electric switch, fascinated as the lights came on and off on one of the chandeliers which sparkled like a rainbow of flowers when lit. This of course was an unprecedented miracle in those days! This Manor house not only had electricity in the 19th century but also hot and cold running water as well as central heating.

After Ferdinand Rothschild’s death his sister Alice gave part of the collection to the British museum. Today Waddesdon Manor is cared for by the National trust under supervision of the 4th Baron Jacob de Rothschild, the last owner of the Manor.

Many still believe that this family of Rothschild’s  is one of the most influential in the world, with some clan members established in secret parts of governments, Illuminates, the arts, the media and other secret societies, in other words ruling parts of our world. Whether it is so or not, I have no idea, maybe we should all follow this motto: “Unity, Integrity, Industry.” What do you think?