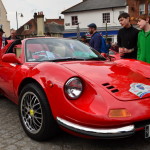 Most travelers dream is to travel driving a fancy fast car. Some of the best sport cars around were paraded at the annual Piazza Italia festival in a town called Horsham in west Sussex on a beautiful sunny spring day in April this year. This is a selection of photos I took on my visit with comments of my limited knowledge of these cars.

Alfa Romeo is known as “the legend car” produced since 1909, as it won the very first World Championship in 1925. Henry Ford once said, “When I see an Alfa Romeo go by, I tip my hat”. 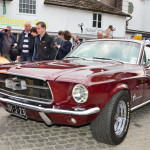 The “Ford Mustang” was one of the most successful models in the automobile market due to good advertising. The first model was released in 1964 and more than a million cars were sold in just the first 18 months.

“AC Cobra” was first produced in Britain from 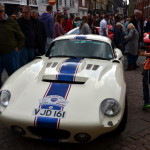 1961 to 1967. Since the late 1980s, the company “Shelby Automobiles Inc” began producing the “Cobra” called “Shelby Cobra” in Las Vegas. The body is made of fiberglass and some models are made with an aluminum and carbon fiber body. The price of this machine starts from about a million dollars. 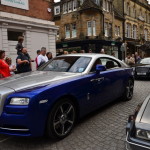 “Rolls-Royce Wraith” is the 2014 model and has been reported as the fastest British car built by Rolls Royce, it could reach over 137 km/h. 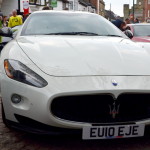 originally produced by three brothers since the 1920s. During WW2 they tried to compete with the WW beetle, by also producing a people’s car called the V16 but it failed. 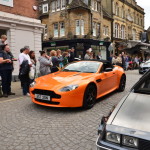 The first “Aston Martin” sports car was produced in 1915 in the county of Warwickshire. Most models of Aston Martin are mainly handmade, that is what this manufacturer is famous for. Some models were used by many moviemakers and in the James Bond film “Casino Royal” three cars was crashed in one day costing more than $750 US dollars. 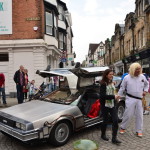 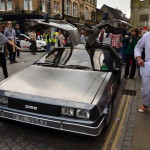 produced the “ DeLorean DMC 12” in Northern Ireland. A scandal surrounds this story after Margaret Thatcher’s government invested £85 million in the project, which never took off. American businessman John Delorean who realized his idea of producing an unusual stainless steel sports car with “gull wing” doors lost all the money. The quality and price of the car was not adequate and the cars did not sell in large quantities. John Delorean disappeared back to the USA with large debts. Later the car was used in the movie “Back to the Future” like a time machine and suddenly became extremely popular but it was no longer produced. 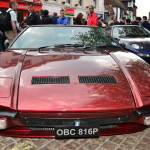 De Tomaso Pantera produced the “Italo” an American sports car from 1970 till 1991. Only 7260 models were ever produced. To this day the car remains a most iconic sports cars.

“Lancia” is another Italian car, especially famous in the rally world and won many championships in the 1970s.

The Fiat 500 Nuova was produced from 1957 to 1977 and was the cheapest and most practical city car. A modern version is very popular today. 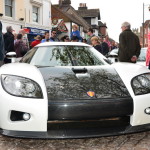 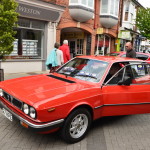 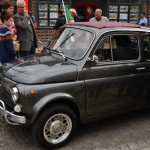 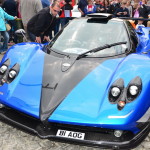 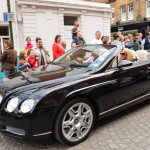 «Bentley Continental Speed» is a British “Super luxury” car that can reach speeds up to 326 km/h. 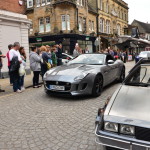 The Italian manufacturer “Ferrari” participated in various races, including Formula 1. Traditionally it was always made in red but occasionally it was also made in other colours. The brand logo “Ferrari” a “Prancing horse” was an emblem of the pilot Francesco Baracca, who died during World War 1. Enzo Ferrari was a friend of the pilot’s father. In memory of his hero, he introduced the symbol in their 1929 documents when he bought the “Alfa Romeo” company. In 1946 the first car in the colour black was named “Ferrari” bearing the symbol of the prancing horse.