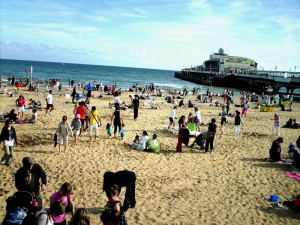 The weather has always been a favorite topic of discussion, especially now, when the climate is changing rapidly. We do not know what surprises to expect from nature in the future. In England after an unusually wet summer in 2011 and an unusually cold winter that followed, we now have an unusually hot summer this year, with temperatures reaching a record 39 C in some places. On the question of “what is happening to the weather”, Forecasters usually respond very succinctly with: “We try our best but no one can be sure” The benefits of this hot weather is that it’s great for the grass when wet and a pleasure to spend time on the beach when it’s hot. Now is the time to go and travel to the beautiful beaches of the British Isles. For example: on the Atlantic coast in Cornwall, where it’s normally cool and windy, this year, you can enjoy a warm sea and a very hot sun.

1. At the beginning of my ratings I

described Bournemouth. This is where you will find one of the best beaches in Britain. It’s about seven miles long with beautiful golden sands. It was also voted the happiest city in Britain by the polls in 2007. 82% of the residents said that they were delighted to be living there. I believe this, because it had a very cozy atmosphere when I last visited there, thanks to its mild climate, wonderful parks, and beautiful Avenues. Many years ago a Mr. Lewis Tregonwell fell in love with the nature in the county of Dorset and decided to build a cottage on the shores of the English Channel. Later there followed the building of many villas and cottages in that area. He planted many alleys with pine trees, believing that the fragrant pine scent will be curative for many diseases. When the town finally got a railway, many people started to visit this seaside town. Pine avenues are now a tourist attraction and they are still jokingly referred to as “invalid walks.” Out into the sea near the town center there is a beautiful pier with lots of entertainment including a Theatre and restaurants and on the shore near the pier there is a wonderful aquarium that allows you to walk under water via a glass tunnel. 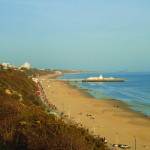 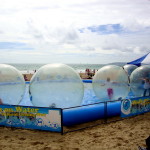 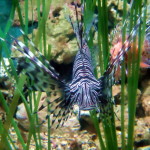 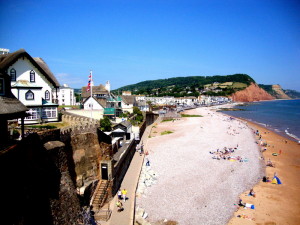 2. Sidmouth in the county of Devon 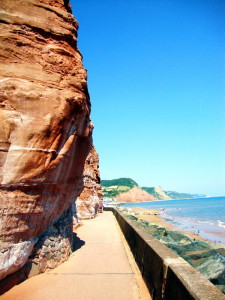 like many other settlements along the coast was originally a fishing village. Since the 18th and 19th century it has become a very popular holiday resort, with many of the Georgian houses built in the 1800s converted into hotels. This is the warmest part of the south-west coast. The city is located in a conservation area and is part of a World Heritage site known as the Jurassic Coast. In addition, the area of East Devon is an area of outstanding natural beauty. The beautiful red cliffs and rocks along the beach, refer to the Triassic period and according to the testimony of some geologists it is the first geological period of the Mesozoic era. Climbing Jacob’s Ladder, which leads from the beach to the top of the cliffs, you will find a beautiful park at the top with great views of the shore line. 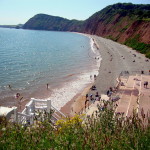 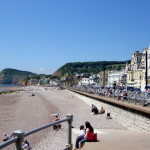 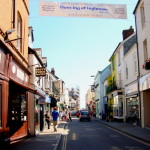 3. Camber Sands is a stretch of beach made up of sand dunes at the edge of the village of Camber in East Sussex. Romantic sand dunes do not only attract lovers of natural beauty, but have also been the subject of scientific interest for a long time. These sand dunes reminiscent of a small desert have an abundant amount of tall grasses growing within them and lots of wonderful butterflies. 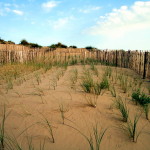 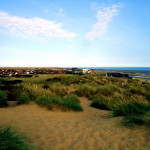 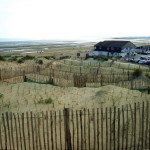 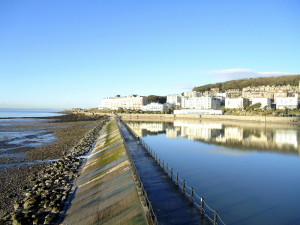 4. Weston-super-Mare in North Somerset is not only famous as the birthplace of Ritchie Blackmore who was part of the Deep Purple band but is also a wonderful resort town. A postcard of the town shows a wonderful Grand Pier that burn down recently. A beautiful modern Pier was built in 2010 on the site of the old pier with a wonderful new restaurant and lots of attractions. The town of Weston is situated on the banks of the Bristol Channel and incurs a very high tide, a mile wide. At low tide a big area of mud is exposed along the coast that is why the locals have named it Weston-super-Mud. Muddy coastal waters bring a unique exotic landscape and unusual scenery to the area. The beach however is very wide and sandy. In November, a colorful annual carnival of lights, takes place all around Somerset and the last performance is always played out in Weston-super-Mare. 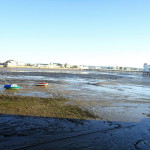 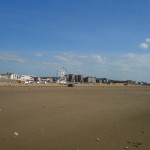 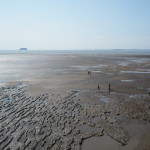 These are just 4 beaches from the many I shall be writing about together with my photos in the future.