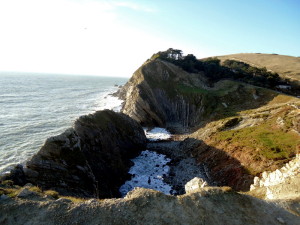 The Seven Wonders of the Ancient World was written by Herodotus (484 BC – ca. 425 BC). But all those wonders were man-made masterpieces and magnificent monuments of art. In 1976 a BBC television program introduced “The seven natural wonders of England”. One of these wonders was a place called Lulworth cove in the county of Dorset in South-west England.

Lulworth Cove is in fact a small round bay near the village of West Lulworth. 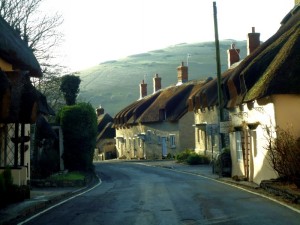 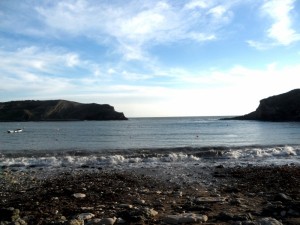 Coast and forms part of the natural wonders of Britain. It is called the Jurassic Coast because, here, you can find archeological objects belonging to the Mesozoic Era which makes it possible to study the geological history of the Earth during the past 185 million years. Three periods of the Mesozoic (Triassic, Jurassic and cretaceous) are found in this area alone. This coast is now in the list of world heritage objects made by UNESCO in Great Britain. Another 49 unique natural objects are included in the list by Natural England known as the AONB (Area of Outstanding Natural Beauty) to preserve the heritage landscape of Britain. 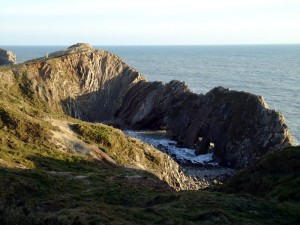 The coastline consists mostly of calcareous rocks. The entrance to a bay is usually formed by a 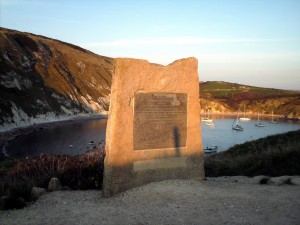 combination of erosion of soil and rocks by the movement of waves and aeration processes. The unusually round and shallow form of this bay is formed by the erosion of the soft rocks and the diffraction of waves when clay and sand are washed up along the shore and trapped within the bay. 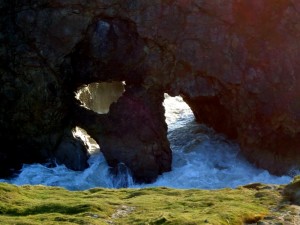 If you are seeking harmony anywhere in nature then come 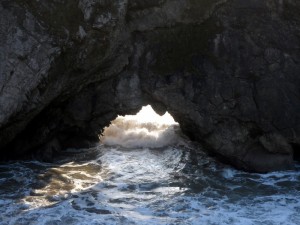 and see this natural symmetrical form of this fine beautiful round bay. Harmony is also present in a rocky limestone arch known as Stair Hole, this is an infant cove less than half a mile away from the bay, made by natural erosion from the crashing wave movements of the Atlantic Ocean. As part of the coast is made up from ancient chalk, the waves wash the chalk away leaving arches, clefts, and fantastic geometrical forms all along this rocky coast. 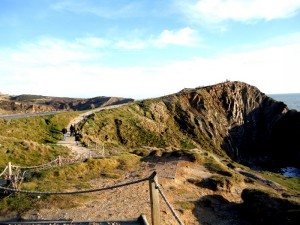 A walk around the bay is very relaxing, take your time and 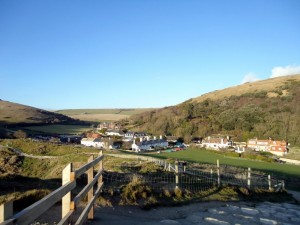 enjoy the pleasure of looking at the magnificence of this surprising landscape with the noise of strong coastal waves in the background. Be also aware that this was part of the ancient continent of Pangea, a super continent formed about 300 million years ago during the Paleozoic and early Mesozoic eras. Today’s modern continents were formed from this ancient land. During the Triassic Period the Dorset coast was the center of this continent. 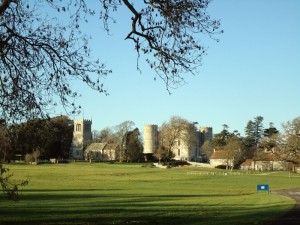 Visit the Heritage Center in the village of West Lulworth, where there is a big collection of geological exhibits found in the area, offering some idea about the history of the Earth over millions of years. Apart from the unusual museum in the village there is also one of the oldest pubs in England “The Castle Inn” which is well worth a visit. Do not miss Lulworth Castle with its mysterious history which is located nearby up on the hill above the cove. In the summer months, the village streets and mountain footpaths along this coast are filled with lots of tourists who love to visit unusual exotic, archaeological and beautiful places.

Cozy beaches, picturesque gulfs, fantastic caves, strange arches are a big part of the variety of landscapes of this surprising coast facing the Atlantic Ocean. Durdle Door, a large limestone arch is not far from Lulworth Cove, on this Jurassic coast, but this unique natural object deserves a separate chapter. Keep reading.