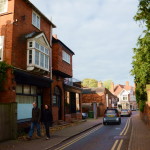 In the novel by Jerome K. Jerome “Three Men in a Boat” there is a description of the village of Wargrave in the county of Berkshire. “Mellowed in the drowsy sunlight of a summer’s afternoon, Wargrave, nestling where the river bends, makes a sweet old picture as you pass it and one that lingers long upon the retina of memory”.

Wargrave is an ordinary-looking quiet provincial village but it’s 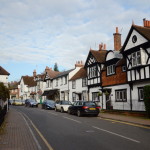 history begins before the time of the Viking conquests. One version is that the name of Wargrave literally means a war grave. According to historical records in the late 9th century, the Vikings buried their dead soldiers in this village, as the nearby town of Reading, was the center of their conquests in the South of England.

Architecturally, modern Wargrave started to form during the Tudor period when the High Street was built. Many ancient farming families lived in the area of Wargrave for centuries. In the 17th and 18th century, local farmers increased their wealth by selling off old farms that were then converted into manor houses. Some Georgian and Edwardian buildings as well as half-timbered houses have survived to this day. The different types of houses create the charm of this English village, where history is steeped mainly in legends and ghost stories. 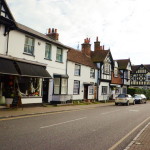 Barrymore house in the High Street was built in 1788 for Lord Barrymore, who was known as a gambler, joker and theatregoer. He 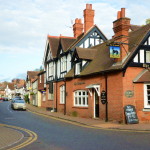 even built a theater in the village, which was visited by the Prince of Wales and King George IV. Barrymore tragically and accidentally shot himself on a visit to Dover with his own gun but his restless spirit still inhabits the house, people say that they could hear him trying to open the front door lock with keys; other visitors claim to have been pushed down the stairs. Even dogs refused to go upstairs in his house. 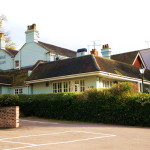 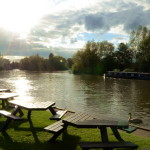 street, where travelers arriving by stagecoach from Henley to Reading stayed for the night. The St George Dragon on the bank of the river Thames was also mentioned in the book by Jerome K. Jerome. It became so popular that many times, countless tourists have inundated the area of the pub fronting the river. From outside the pub still looks the same but the interior has now been completely modernized. A mystical story is told about the winter of 1878 when part of the Thames was frozen and had become a favorite place for ice-skaters. A family decided to hop on a ferry that existed at that time, in order to join the skaters on the other side of the river. Due to some tragic circumstances the ferry sank and a little girl from the family drowned. They say that sometimes the ghost of the little girl still appears to be walking along the riverbank opposite the pub. 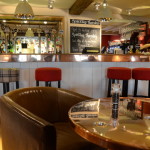 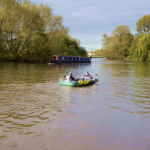 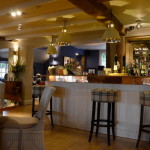 There are now only three pubs left in the village. If you go down the main street you will find The Bull at the crossroads, where another resident ghost cannot find peace. Here, in one of the rooms at a particular time of the night usually in summer, people can hear a woman crying. In the 1820s the building belonged to the Gibbs family. Local residents tell that when the owner of the pub discovered that his wife was having an affair, he threw her out unto the streets where she died of a broken heart and that is supposed to be her crying spirit returning to her room during a certain time of the year.

It’s interesting to hear the history of these settlements from their legends, especially the 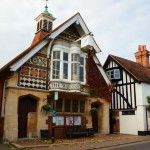 unusual ones about ghosts. The oldest existing ghost in Wargrave is a thousand years old. It is supposed to be the ghost of Emma of Normandy, a queen consort of England, Denmark and Norway, which appears in the Gaunt cottage at Wargrave. Remains of one of her palaces still existed in this village until 1827. Her ghost is known as the “Lady in White”.

When I first visited this ancient village, I was amazed how picturesque it was especially with the natural beauty of the river running alongside but the name of Wargrave seemed very strange to me. Having investigated some of it’s history, I believe that ghosts do not live there by chance. But I sincerely hope they do not interfere with the locals and are only reminiscent of old times. Maybe in a hundred years or so, more ghosts will appear to recall the history of our own time.