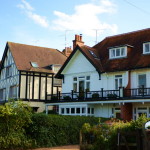 Traveling through the small ancient villages in the picturesque valley of the River Thames we visited the charming village of Shiplake, another village featured by Jerome K. Jerome in his novel “Three Men in a Boat“. The village is not visible from the river or any road. But hiding behind fences and green trees where you can make out some beautiful mansions from different eras.

The name of Shiplake is possibly derived from the story about a Viking ship, which was 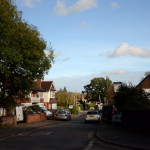 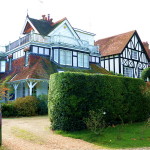 supposed to have crashed due to the river being shallow in places. Settlements in this area have been known since1086. Some buildings have been preserved, such as the Church of St. Peter and Paul from the 13th century, which has a belfry with eight bells, The Plowden Arms a Pub from the 1600s and the historic manor house named Shiplake court, a most beautiful building which was converted to a College in 1958. First built in 1265, it has had many owners and was rebuilt many times. In 1890 on the site of this Tudor house a Victorian mansion was built for the Harrison family. It is known that in 1897 the house was equipped with an electricity generating plant. The so-called modern look of Shiplake Court has existed since 1905. 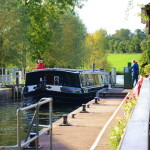 Situated on the beautiful bank of the river Thames, Shiplake village has a wonderful nature reserve, a lock and a weir. First flash lock at this location was built in the 16th century at the confluence of the Thames and the Loddon. A few renovations have been made to the lock, the last time being just a few yeas ago. Very rare populations of Nile (Egyptian) wild geese live in the beautiful river meadows, considered a sacred bird in Egypt; it was introduced to the United Kingdom in the 18th century from the island of Madagascar.

Shiplake lock was also a favorite place of George Orwell the novelist, who spent his creative 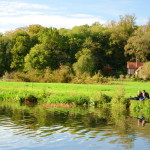 years in the village of Shiplake and later wrote his best anti-political novel “1984”, where he introduced terms such as “Cold War” and “Ministry of Truth”. The romantic atmosphere in this area is far from that described in the novel “1984”. 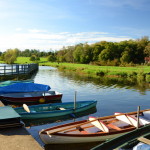 You can walk or ride a bike all along the Thames Path, which runs for 184 miles, from Thames Head, the source of the Thames in Gloucestershire to the Thames Barrier at Charlton in London. The trail coincides with the original towpath on the riverbank, which was used to tow boats before the Industrial Revolution. Most of our journeys have been by car, which we found was the best way of visiting all the towns and cities along the river Thames. 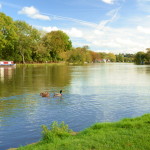 If you indulge in traveling, you will start to look at the world through different eyes and maybe 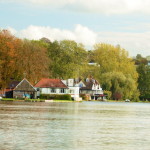 along the way you will find some oasis of peace and prosperity on earth that will make you want to change the whole world in the same idyllic way. In my next story, this idyllic oasis could be found in the village of Sonning.