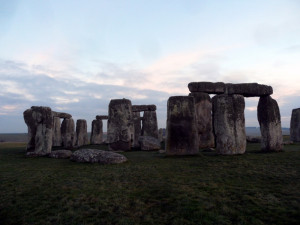 Once a year, on the day of the summer solstice, Stonehenge, the temple of the sun, an architectural complex of stone monoliths in Wiltshire, changes into a fairy tale, a beautiful cascade of candles are lighted along the track leading up to the stones where fiery sculptures decorate the night landscape with mysterious ardent figures of shiny stones dance in the night. This ritual attracts a huge number of tourists, most of them fans of historical riddles.Whether this monument is Neolithic or from the Bronze Age, it has fallen victim of its own success, according to some independent travel analyst too much has been made of it.

In the 1970s, every 21st of June admirers of various cults visited this place. At that time it was possible to enter the site absolutely free, one could approach the stones and touch them, some fans even settled down with tents and spent the night during periods of the summer and winter solstices. Hordes of hippies descended on the site creating havoc which forced the police to disperse them. But times have now changed. The Monument is now enclosed with a huge fence and it has become one of the most popular tourist sites in Wiltshire. Even having to pay £7.80 for the entrance ticket (compared with the free entry to museums in London), you are not allowed to come any closer than 10 meters from the stones. Unfortunately, in the last 150 years the construction has changed considerably. How can one tell how much it has changed over thousands of years? Some scientists believe Stonehenge is about 5000 years old… Thank God that the stones were not taken away for some other projects or as souvenirs, they were probably ignored because they are too heavy. 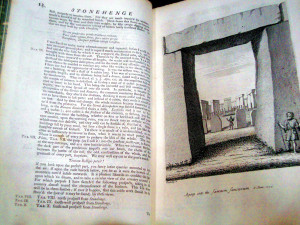 archaeologists have produced pottery fragments, Roman ceramics, 70 burials and a large number of deer horns. There are a lot of theories about the origin and purpose of this monument. Over the centuries it has been a place for healing diseases to a temple of a pagan deity, imaginative ideas such as the home of the Wizard Merlin, a portal to another dimension and one of the most outrageous hypotheses – an airfield for alien spaceships. The assumption in the 18th century about it being a construction as an observatory was closer to reality. I saw a picture in the British museum from a book of that time where there where many more stones and their arrangement strengthen the theory of it being an astronomical arrangement.

Today scientists believe that there are 30 million hours of human work in this construction. This fact impresses me… The complex was erected 1000 years before Celts and was under construction for 500 years. But analyses made by radio-carbon dating, which gives an accuracy by some one thousands years, have all so far remained unconfirmed. 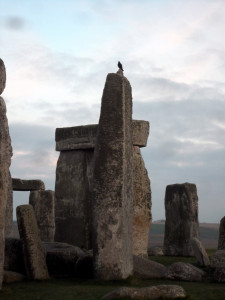 Nevertheless, when songs and legends are not available, scientific and technical progress helps to uncover some of the mystery. I found some latest information about this mysterious place in the newspaper “The Guardian”. It was about a 3D laser scan of the stones in October 2012 when scientists submitted new and interesting data. Having processed 850 gigabytes of information, it revealed 72 hidden engraved images on the surfaces of the stones and the existence of a further 46 engravings which were only supposed to exist in the 1950s but have now been confirmed. New technologies are helping modern science to achieve the impossible. All these art works invisible with the naked eye, were revealed by volume scanning of the 83 existing stones. It revealed tool marks made some 4.500 years ago, and scores of little axe heads graffiti added when the enormous slabs were already 1000 years old, also damage graffiti contributed by Georgian and Victorian visitors, the best revealed image was of a dagger normally intended for deity pacification. 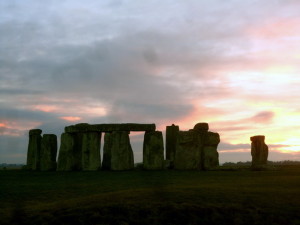 celebration of the summer and winter solstices. The polished front surface of the stones is directed towards the temple entrance from the northeast where they would be first seen by the approaching visitors. One of the stones was even shaped so as to allow a line of sight through to the setting sun on the winter’s solstice.

On the planet there are many more similar constructions, for example, Dolmens in Russia. And not far from Stonehenge, less than 30 km away, there is a stone circle monument in the village of Avebury. Probably, Stonehenge has also been rearrange for touristy and public relations. Constant reference of a secret discovery always attracts the curious. But I doubt if all of Stonehenge’s secrets will ever be discovered. Do you believe that Stonehenge is the temple of the sun?