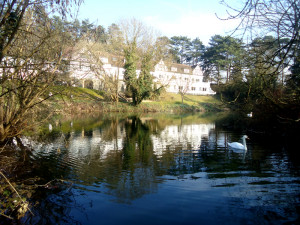 Rock stars, Royalty and Ghosts… What do they have in common? They all seem to prefer staying at the same hotel. 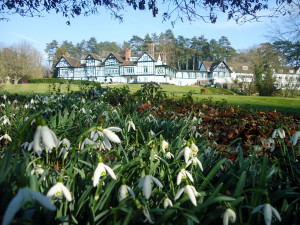 lake is a constant (53°F) ideal condition for trout farming. The surrounding Evergreen Park gives one a relaxing feeling during any time of the year and the adjacent golf course is a wonderful place for lovers of this sport. Rooms in the hotel have oak panels, fireplaces with carved wooden surrounds and magnificent furniture which helps to create a very comfortable chic atmosphere. 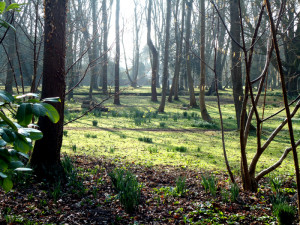 The history of the house dates back to the Victorian era, it began in 1874 when one member of royal family Sir Alexander Kondi Stevens built a Tudor style country house on the bank of the River Thames. According to archaeologists it is said that it was a place of an ancient Roman ruin. Soon the Mansion became a popular holiday country house for diplomats and members of the royal family. Some years later, King Edward the VIII became a regular visitor. Over the years the hotel was owned by many well known people. One of them was Ian Gillan from the group “Deep Purple”. Together with his girlfriend he bought the house in 1973 and turned it into a fine hotel. A distinctive feature installed at the hotel by this well known pop star is the pool in the form of a guitar. 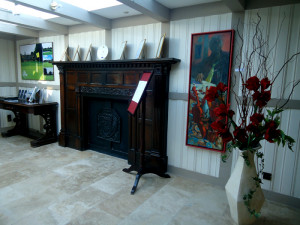 this magnificent house each room has been named after it’s well-known visitor. One of these, was the famous English contralto Clara Butt the opera star (1873-1936).

The history and career of Clara Butt is both successful and tragic. It seems that fate had a hand throughout her life. Her talent was first noticed during her schooldays in Bristol and later she was trained by many well known teachers from France, Germany and Italy, Clara was also sponsored by Queen Victoria. At the age of 20 she had her 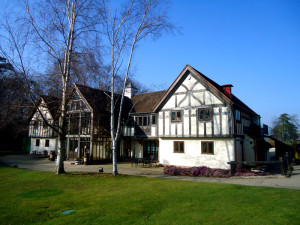 professional debut at the Albert Hall in London and later enjoyed some of the choicest parts in the best theaters of the time. Talented with a bright career it would seem that it was more than she could dream or wish for. But tragedy just like good fortune struck when she suffered the death of her two sons and in the last years of life she contracted a serious illness that left her in a wheelchair. Nevertheless, Clara Butt continued to make records.

Many mysterious myths exist about Clara Butt. One is that her ghost still appears in the park on warm summer nights. Would you care to meet the charming Clara Butt’s ghost and “hear” her bewitching singing? If so, “Springs hotel” for you.