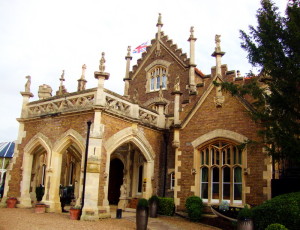 One day, traveling around Berkshire in England, we passed a very long fence with a big gate which appeared to be a hotel; we decided to have a cup of coffee and drove up the driveway which was about half a mile long. When we turned the last corner we came across the hotel, whose name meant nothing to us. As we followed the road looking for a place to park, we saw quite an unusual building at the back of the hotel with dragons and gargoyles adorning its façade set in front of a beautiful courtyard with a fountain and lots of statues in the surrounding gardens. At first we stood there admiring it when we noticed that it looked very familiar. Suddenly it dawn on us, It was the house of Dracula! As portrayed in many of the films we had seen. The interior was absolutely delightful with many original features and artifacts. 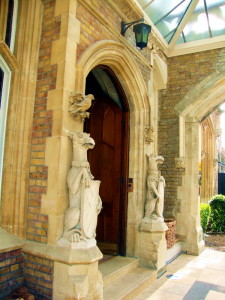 Upon investigation we found out it was a Victorian Gothic country 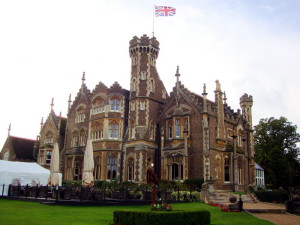 house named Oakley Court, with views of the River Thames near the village of Bray. It was built by the High Sheriff of the county of Berkshire Sir Richard Hall-Say in 1859 for his French wife. Why he decided to decorate this house with it’s unusual architecture and adorn it with strange and unusual sculptures we will never know. The story of “Count Dracula” was based on Vlad II of Wallachia in Romania, who lived in the 15th century. It was embodied in the films of the 20th century in the form of a mystical fantasy. Oakley Court provided the perfect setting for capturing all the incredible scenarios depicted in the movies about Dracula.

From 1919 to 1965, Ernest Olivier was the owner of Oakley Court, after his death, the house was uninhabited for a very long time. Bray studios located nearby, used the house for 14 years to make over 200 horror movies. They were mostly mystical, portraying vampires and other figures, designed to tickle the nerves and frighten impressionable viewers. The film “Dracula” became the most famous in the series. Oakley Court looks very nice in daylight, even the dragons at the entrance are not so scary. To make the building spooky and mystical during the filming of Dracula, lots of candles were used to create the unusual lighting effect. 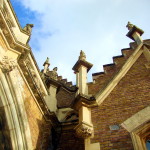 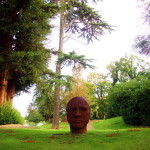 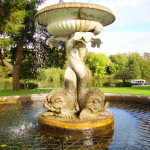 Since 1981, after the restoration of the property, Oakley Court became a hotel and in 2009 her Majesty Queen Elizabeth II visited Oakley Court by boat from her residence in Windsor Castle, to witness for the first time in her reign, the historic tradition of “Swan Upping” as all the swans in the UK are supposed to belong to the Monarch, every year there is a ritual of counting them, this tradition which is held along the Thames dates back to the 12th century.