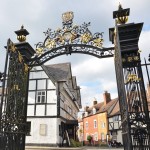 Tewkesbury is one of many charming English towns, with medieval 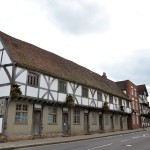 antiquities, lots of half-timbered Tudor cottages that survived from medieval times, closely pressed against each other as if they do not want to give up their positions to modern construction. This patriarchal architecture is not comparable with the chic Victorian palaces or the refined forms of Gothic buildings and positively different from the modern glass and metal “masterpieces” in the metropolitan areas of our century but you can’t stop admiring these rustic and uncomplicated old buildings at first glance. Maybe because “all genius is simple” or because the simplicity of forms is also a form of art? After all, these funny antique dollhouses are the charm of the old town. Looking around it feels like time has stopped… 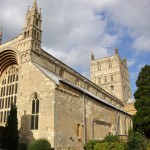 The town of Tewkesbury in Gloucestershire is located at the 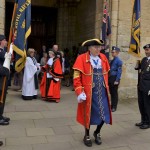 confluence of the rivers Severn and Avon and has been known since the 7th century. The city is named after a Saxon hermit named Tuke who built a Skit on this site. Later, the Saxon brothers and Lords of Mercia, Oddo and Dodd founded the Abbey. 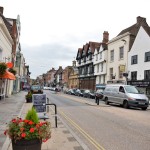 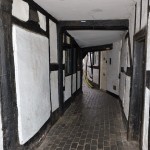 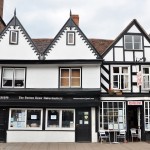 In the 12th century the cousin of William the Conqueror began constructing the church, which was finally finished by the son of Henry I. The building was saved during the Reformation of Henry VIII, when the locals bought it for the price of the lead on the roof and used it as a parish church.

Today, Tewkesbury Abbey, a most remarkable historical heritage of the city, is considered one of the best examples of Norman architecture in Britain. The Abbey Church, although the second largest in the UK is not a cathedral. 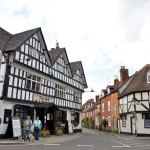 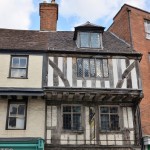 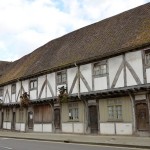 Most of the old Tudor cottages are located along the main street. You should definitely visit the hotel and pub the “Royal Hop Pole”, which was renamed in honour the royal family visiting in 1891, and is mentioned in the “Pickwick Papers” by Charles Dickens. The oldest inn «The Black Bear» of 1308 and the “Bell Hotel” opposite the abbey gate and most of the buildings nearby are more than 500 years old. 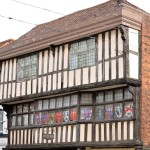 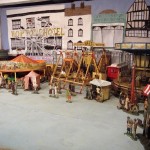 some interesting layouts under glass, made up of lead soldiers and wooden buildings depicting historical events and the main medieval street of the town. In 1471, during the War of the Roses on a field near Tewkesbury, later named Bloody meadow, a battle took place between the forces of Lancaster and those of York. At that time Edward IV from York had already imprisoned King Henry VI of Lancaster in the Tower of London. The army of King Edward IV and his younger brother Richard, the future king Richard III, defeated the army of Lancaster but in this battle the only heir of King Henry VI, Edward of Westminster, Prince of Wales, was killed.

I recommend a visit during the festive season of Christmas when beautiful decorations adorn the town centre.