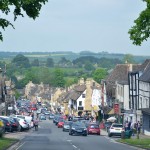 Burford nestled in the picturesque Cotswold Hills in Oxfordshire, is one of the few towns in England where just off the main street, you find yourself among old Cotswold cottages, built from local stone, giving it a charming and old-fashioned appearance. 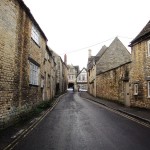 and ford, across the river.” In Saxon times it was a small village that grew around a Priory which was originally built in the 16th century in an Elizabethan style on the site of an Augustinian hospital of the 13th century, after 1637 it was rebuilt in a Jacobean style when the estate belonged to the Speaker of Parliament. 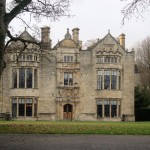 Priory house is sheltered behind a high fence and can only be seen when the gates are opened. Currently Elisabeth Murdoch, daughter of Rupert Murdoch and Matthew Freud, Sigmund Freud’s heir, privately own the house.

During the long history of owners, this historic home, passed from aristocracy to religious communities, there are also a few traditional 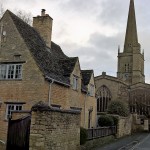 stories of English ghosts lurking in the house. When the bells of the church on the estate are ringing, it is said that a small brown monk looking very sad sporting a halo is seen flying over the cemetery. Another is of a middle-aged gentleman in old-fashioned clothes that used to come across the garden but when the community of nuns of the Anglican Church that lived on the estate from 1949 to 2008 started praying for him he no longer appears.

There is also a funny legend about flying ghosts over the town which priests managed to catch and put in a bottle then threw it in the nearby river, since then, ghosts ceased to appear but in the dry season when the river has no water, the locals throw buckets of water in the river to prevent the spirits from escaping. 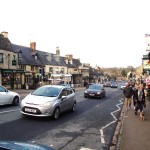 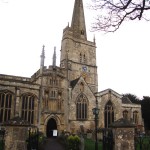 railways sidelined it during the industrial revolution. In Victorian times the town survived thanks to it’s bell foundries, one in the 17th century and another in the 19th and 20th, this has managed to retain the town’s old-world charm and pristine architecture that can bee seen today.

A Baroque style house on the high street is surrounded by buildings of a much older age, which is very unusual for a small English town. The house was built in 1730 for a local lawyer, and later 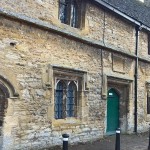 converted into a Methodist church. 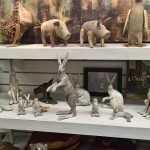 Lots of unusual boutiques line the high street, where you would be surprised by the variety of useless items being sold among cute souvenirs and unusual but useful gadgets for the home, such as brushes for all occasions. The street is interspersed with public houses, hotels, teashops and restaurants, which are always crowded with tourists, who make it a point to visit this town. In April 2009, Burford took sixth place in the list of Forbes magazine as “the most idyllic place to live in Europe.”

The Christmas period and New Year are especially recommended for a visit when many people come to the town to buy presents and enjoy a yuletide celebration in the bars.