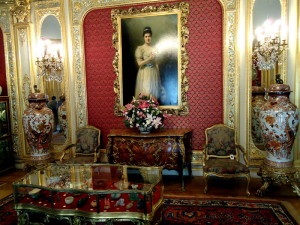 Margaret Helen McEwan Anderson was William McEwan’s illegitimate daughter, founder of the famous Scottish brewery business. Backed by her father’s great wealth she managed to get into High society and the Aristocratic circle, by holding lavish parties at her London home. At one of those parties she met her future husband Ronald Henry Fulke Greville, the oldest son of the 2nd Baron Greville. Ronald was also a great friend of the Prince of Wales later to become Edward the VII. 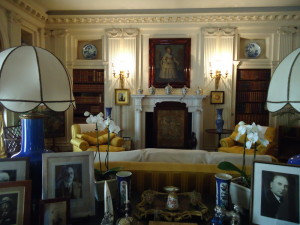 For several years Mr & Mrs Greville’s life revolved around entertaining the rich and famous, including the King, at their fashionable London home but Mrs Margaret Greville as she was now known wanted to outshine other London hostesses by having a second home in the country. Situated high up on the North Downs was the ancient estate of Polesden Lacey, now dominated by the early 19th century house designed by Thomas Cubitt. Before the present house was built, a 17th century country mansion existed on the site, the owner Richard Sheridan, had plans for rebuilding a much grander residence but were abandoned due to illness and financial difficulties, the old house became a ruin and was eventually demolished when Joseph Bonsor bought the place. Before WWI, Ambrose Poynter was commissioned to revamp the building by extending the main areas. Mrs. Greville employed Charles Mewes and Arthur Davis to transform the comfortable but plain country house into a sumptuous and elegant arena for entertaining. Margaret and Ronald turned the new Manor House into a neo classical magnificent guest house and museum. 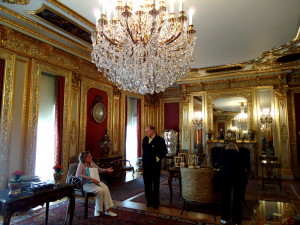 After her husband death in 1908, Maggie spent most of her time traveling abroad, holding dinner parties at Polesden Lacey and her London home. She became very famous in Edwardian society during the 20’s, for her exquisite French cuisine and her distinguished guests. Photographs recording the various occasions when royalty, heads of state, politicians, and titled dignitaries were entertained are scattered throughout the house. A sizeable and diverse art collection provides much fascination at Polesden Lacey, with everything from Dutch Old Masters, to oriental porcelain and contemporary jewelry mostly inherited from her father.

With an outstanding personality and charismatic character, she was often referred to as 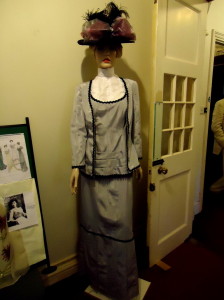 shrewd, vulgar and sharp, but she was always the focus of attention. She was made a Dame and awarded a CBE in 1922. Called greedy, snobbish and an old toad, Maggie was admired by many people. She was also close friends with the Royals, the future King George the VI and his wife Elizabeth spent their honeymoon at Polesden in 1923. Members of the social elite, heads of state, and politicians were also frequent visitors to the mansion.

Maggie was very kind and generous to those who respected and accepted her in her circle. Who could she bequeath her present fortune to in order to become known and famous in history? 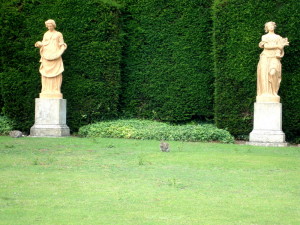 Margaret Greville bequeathed Polesden Lacey Manor to the National trust when she died in 1942, Mrs. Greville insisted that Polesden Lacey be made accessible for public enjoyment, and that her art treasures are placed on permanent display. A magnificent collection of pictures, furniture, porcelain and silver are laid out exactly the same as they were during her time and provide much fascination to this day This powerful, often controversial, lady was undoubtedly a force to reckon with during her lifetime and a browse around the few downstairs rooms, the only ones open to the public, reveal something of her flamboyant and colorful character. Determined to have a lasting presence at Polesden Lacey, her grave is situated at the back of the house, in front of the rose garden. 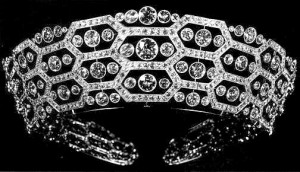 from the Empress Josephine, the diamond ring of Catherine the Great of Russia, a Boucheron ruby necklace and a honeycombed diamond tiara in platinum originally created for her by Boucheron in 1921, plus many other pieces such as earrings and necklaces were bequeathed in her will to her Majesty Queen Elizabeth wife of King George VI. This was a rare case in history when a heritage was given in such an unusual way.

The Queen first appeared wearing the Boucheron tiara in 1947 while on a state visit to South Africa. Queen Elizabeth didn’t wear the gifted jewellery for a long time as it was said that King George VI, her husband, didn’t welcome gifts from subjects. Queen Elizabeth II, the current Queen of England inherited the complete set from her Mother after her death. The last time Boucheron’s tiara appeared in public was when the Queen lent it to Camilla, the Duchess of Cornwall in 2006, she herself being the granddaughter of Margaret’s best friend and the royal favorite, Alice Keppel. Society expects that this smart tiara will decorate Camilla’s head when she will attend Prince Charles’s crowning. Margaret would have played her final and interesting role in history. 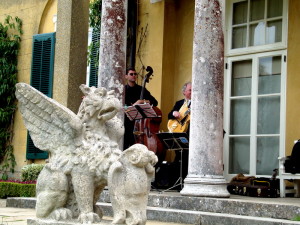 The house accepts visitors and members of the National trust. Theatrical and musical festivals are organized regularly according to Margaret’s will. There is also a delightful landscaped garden with a seventeenth century Dutch canal and a rosary.