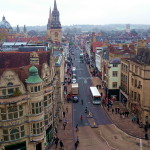 Oxford was named so by the English poet Matthew Arnold. The tall, 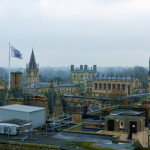 romantic and mysterious “dreaming spires” of Oxford University are a recognizable landmark of the city at first glance. Especially if you visit here and enjoy the magnificent view of the place from one of two towers, the Church of St. Mary or the Carfax tower. 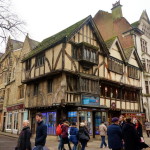 While some medieval historians consider the age of the city to be from the XIV or XV centuries BC, it was first written about in 912 AD when a ferry was used to cross the river Thames. Previously it was known as “Oxenaforda” meaning the ford where the oxen crossed, before any ferry or bridge was used to cross the River.

Oxford began to develop as an educational city in the 11th century, 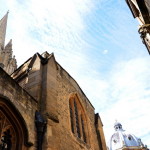 when the monastery buildings were built around the first college, 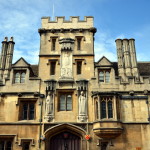 although there is a legend that the first schools opened here in the 10th century thanks to the King of Wessex, Alfred the Great. Since then the city has grown into a world famous University Center being the oldest in the English-speaking world and rated fifth worldwide, which also prepared and created 50 Nobel Prize winners.

The city of Oxford contains architecture from all eras, starting from Saxon times. After viewing 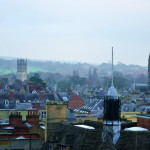 the beautiful panorama from the tower 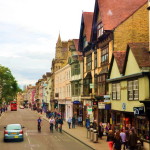 of Carfax, located in the city center at the junction of the Cornmarket, the High Street, Queen Street and St Aldates, you can walk in four different directions along these four streets. Along the Cornmarket and Broad street all the main shops and shopping centers are concentrated, the oldest being an establishment called Boswells, founded in 1738. Further along, Blackwell’s Bookshop has the largest single sales room for book in Europe, with an area of 10,000 sq ft.

The university buildings, which include 39 colleges, are the main historical and architectural attraction of the city. Many of them are located along the High Street. 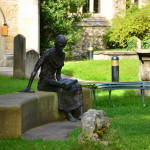 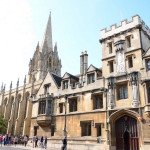 the earliest of the colleges. One of the first known Master of Arts was gained here by the philosopher and theologian St Edmund of Abingdon, who lived and taught in the college and was canonized in 1246. A bronze statue of St. Edmund can be found near St Edmund’s Hall, known as Teddy Hall and is the only surviving medieval hall of the University. In addition, the college is also known for its historical conflict between the church and the state, by it’s infamous society of independent thinkers.

Turning off the main street unto Catt Street, we find ourselves along medieval alleys where 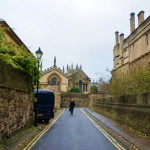 another world exists, a totally different atmosphere from the bustle 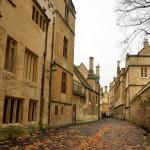 of the city nearby, despite the presence of tourists that flock here all year round. Do not miss any of the magnificent architectural creations, I recommend that you go along and explore all possible nooks and crannies around the wonderful College of All Saints. 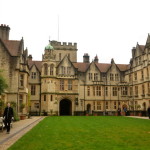 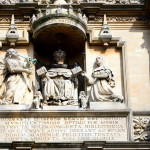 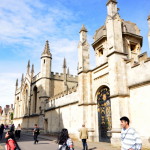 Another wonder is the Hertford Bridge, which is informally called the 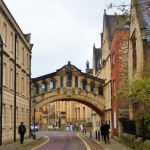 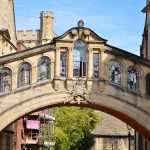 Bridge of Sighs because of its similarity to the Venetian bridge. It connects two separate buildings of the Hertford College.

The Radcliffe Room of the Bodleian Library, built in 1749, is also a very unusual building. The library was founded in 1598, and is the largest library in England, containing over 11 million books. 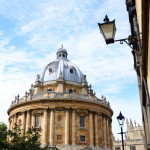 The Magdalene College Tower built in 1509, is the tallest in the city 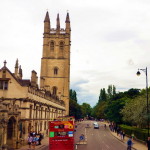 at 44 meters and is also a great landmark, situated near the Magdalene Bridge across the river Cherwell. Since the time of Henry VII there has been a tradition of celebrating May Day that is when at 6 am the college choir sings a hymn from the top of the tower, heralding the start of the spring festival. One of this college’s students was the famous writer Oscar Wilde. 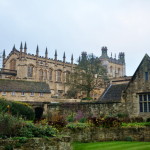 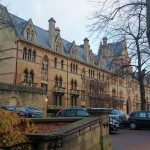 The biggest college is Christ Church, which is located along St Aldates, it combines both a college and a cathedral which was founded by Cardinal Wolsey in 1546. Henry VIII during his reformation founded a department there for medicine, law and theology. According to an old tradition since the college was founded, it’s bell rings every evening 101 times, same as it had done in the past by the monk founders.

In this college, Lewis Carroll, the great storyteller who created Alice in wonderland, studied and taught here. The fairy tale history continues as scenes from the Harry Potter movies were filmed here also. It seems that the best fablers grew up within the walls of the Oxford University. Another favorite author of fantasy is Tolkien, author of “The Hobbit”, he also studied at Exeter and taught at Merton Colleges.

After going through Cornmarket Street, we find ourselves in another part of the city, where near Balliol College there is a monument to the Martyrs who were burned for their religious beliefs during the time of Mary I known as Bloody Mary. 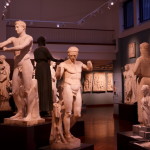 Nearby is the Ashmolean Museum of Art and Archaeology built in 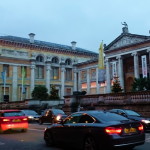 1683, it is the oldest museum in the UK and the world’s first opened to the public. It houses a collection of ancient Egyptian art, the works of Raphael, Leonardo da Vinci, Michelangelo and many Renaissance paintings of great artists.

In the old part of the city there is a perfectly preserved fortress, 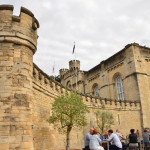 which played a role in the history of England. Oxford was heavily 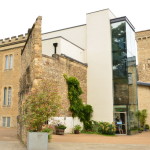 damaged during the Norman invasion in 1066, after that a fortress was built to protect the city from the Vikings. The fortress was associated with many historical events, such as the civil war between Matilda and Stephen, when Matilda invaded the city and hid in the castle in 1141 subsequently escaping by scaling down the castle wall on a rope. 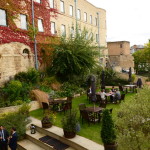 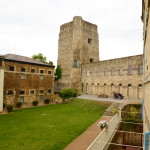 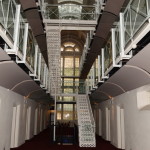 Originally built in wood and later rebuilt in stone in the 13th century, the fortress was not used for defensive purposes and has never been a royal residence, after the Civil War in 1652 the buildings were used as a prison. In different periods of history the building belonged to different owners, including Christ Church College. In 1996, the prison was finally closed and in 2006 the building was converted into a Hotel, where the former prison cells are used as rooms and the death penalty chambers are now used as offices.

A visit to Oxford will no doubt be an unforgettable experience and a joy to the eyes after seeing such marvelous and beautiful famous buildings. This ends our Saga of the novel “Three men in a boat” by Jerome K. Jerome. Look out for my next visit to another fascinating town quite soon.