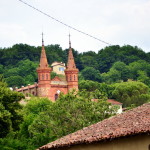 Impressionism is the art movement that was originated in France. Its purpose was to convey a glimpse of a changing world. If you are not an artist, you can still enjoy the impression conveyed in the photo. On the second day of our trip around France the scenery changed to a hilly landscape with hills, green forests and lakes, with a few fabulous medieval chateaus watching over the valleys. The French writer Honore de Balzac described the Limousin Region, which we passed through, as “The graceful coastal area of Vienne, with beautiful sloping lawns, is reminiscent of Switzerland”. The impressionist artist Auguste Renoir was born in the city of Limoges. Other 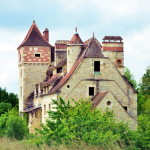 impressionists were to fall in love with this area later. This fact can be significant for the region, because the nature is pleasing to the eye 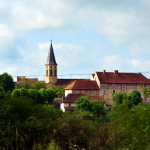 and traveling through such a beautiful place is real enjoyment!

It’s worth visiting the ancient city of Limoges for at least couple of days, as the Romans founded it in 10 BC and there is much history there!

Further on our way we passed through the extraordinarily beautiful valley of the River Lot, where the town of Cahors is situated, which gave its name to the red wine that is produced there. A bridge across the river was built in the 14th century, renovated in 1879 and now called the Devil’s Bridge. It turns out that in Europe a few ancient stone arch bridges with the same name do exist, all of whom are connected with some legend or myth. It was believed that the construction of such complicated technological structures in those days was beyond human capabilities. That’s why legends were created.

In Cahors we stopped for cup of tea in a small roadside café, where a very friendly bartender served us. Outside the café a few groups of men were playing cards at some of the tables, which for me seemed a bit unusual. It’s a very popular tradition in France like the game of Boules. 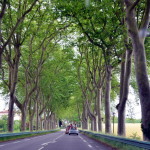 The Mountain scenery after Cahors, gradually changed to plains, 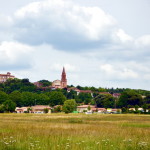 most of the roads were lined with beautiful plane trees, which shelter the driver from wind and sun. I came across many similar tree lined roads later in many parts of France.

The ancient historical town of Carcassonne is located on the route between the Mediterranean Sea and the Atlantic Ocean, the settlement was known since before the Middle Ages. The original old town cited behind fortified walls on a rocky hilltop, very near the modern new town. There is a legend about the origin of Carcassonne, when in the VIII century a Lady named Carcas, led the Knight liberators and saved the town from invaders. To celebrate this people started ringing bells, hence the name “Carcas sonne”, which means “Carcas rings” in French. 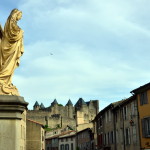 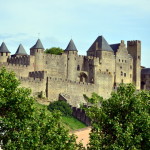 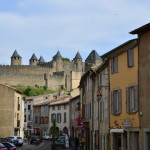 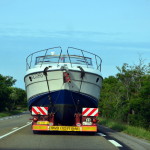 From Carcassonne, it is only 114 km to the small village of Torreilles-sur-Mer next to the Mediterranean coast, where we next lingered for a couple of days in a mobile home camp named “Marie Sol” to enjoy swimming and take in some sunshine..