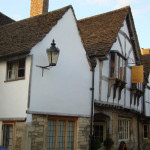 This is one of many ancient villages protected from modern development. Lacock reminded me of similar villages I visited like Castle Combe and Bibury, which was named the most attractive village in Britain.

All these villages have a common aura of antiquity and orginality, with streets winding their way around stone cottages, with varrying 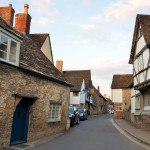 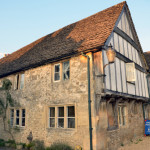 houses and lots of half-timbered structures with curved beams. Yet, every village I have so far visited is famous for something historical. Bibury has a Trout Farm. Castle Combe has a magnificent historic mansion of the 14th century, now “The Manor House Hotel” and in Lacock we have a medieval Gothic Abbey. 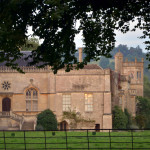 Lacock was first mentioned in the Doomsday Book circa 1086, when a Norman lord ruled the estate. In 1232, Lady Ela, the Countess of Salisbury, established the Lacock Abbey and was it’s first Abbess.

In the Middle Ages Lacock had a thriving woollen industry and the rich farmland of Lacock Abbey provided it with a very good income which contributed to the development of trade in the county, in addition, an old Roman road was laid from London to Bath passing very close to the village.

In the 16th century, after the dissolution of the monasteries by Henry VIII Lacock Abbey converted to a private estate. Over 600 years, the building was only rebuilt twice and in 1750 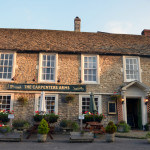 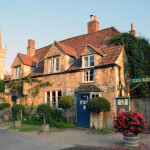 One of its owners was the scientist William Talbot, world famous for the invention the negative-positive process in photography. In 1945 the last owner Matilda Talbot gave Lacock Abbey and the whole village over to the National Trust. The Fox Talbot Museum in the village was opened in 1975 and is entirely devoted to Talbot’s work in photography.

Lacock is a time capsule of the Middle Ages and it’s architectural buildings, where no modern buildings have been built since the 18th century, when the wool industry expanded with modern factories into the surrounding towns. 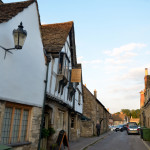 Some of the oldest buildings in the village are, the medieval St 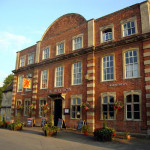 Cyriac’s Church established in the late 11th century and the pub «The Sign of the Angel» which is a half-timbered cottage and used to belong to the wool traders. There is also a 14th century Tithe barn and the “Red Lion” public house built in the 1730’s.

If there were no modern cars parked along the main streets, which 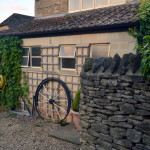 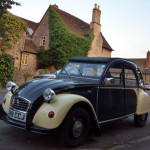 also prevents one from taking wonderful photos, you could easily imagine you were in the 16th century. Filmmakers use these villages to recreate the period. The most famous movies filmed here were “Pride and Prejudice” by Jane Austin novel and some of the “Harry Potter” films made in the Abbey, where the premises were converted into the classrooms Hogwarts School. Well worth a day visit if you happen to be in the area and don’t forget your camera.