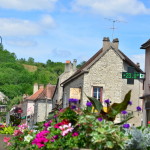 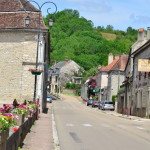 exploded, we found ourselves in a disused petrol station in the middle of the night, where we managed to replace the wheel with the get me home spare. We drove on slowly into Dijon where we spent the rest of the night. In the morning we managed to find a garage that sold us and changed the wheel very cheaply. We continued our travels in the direction of the port of Calais, the last port of call on the way back to England. During our journey, we enjoyed some of the most beautiful views of Burgundy. 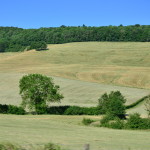 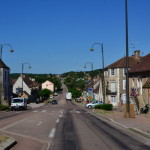 century AD in this territory of present day France also the Duchy of Burgundy existed in this region of Burgundy, the administrative center of which is currently Dijon. The Palace of the Dukes of Burgundy (Palais Ducal) is today preserved in this city. Very famous French wines are made from grapes grown in these Burgundian lands. Wine is not the only thing Burgundy is famous for, Dijon mustard is also loved all over Europe and that includes myself! 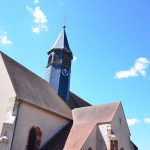 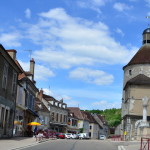 Most of the small towns and villages on our way were very similar and at the same time they had a distinguished French charm. In one town, we stopped to have lunch at a local cafe and were very disappointed with the attitude, service and courtesy of the owner, so we hurriedly got up and left to look for a more hospitable French restaurant, which we found just a few yards down the road. This was one isolated incident. They say the French do not like the English but our car with English number plates did not cause any obvious visible negatives during our travels, we found very friendly and helpful people everywhere we went. Same as the wonderful mechanic who changed our tire that morning, making sure we had all the right pressures and balances on all wheels for no extra charge. 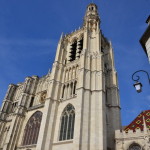 We made a brief stop in the medieval city of Sens before crossing the rivers Yonne and Vanne. This city delighted me no less than all the other beautiful cities in France! Sens was built during the first 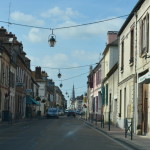 century BC. Here lived one of the oldest Celtic tribes living in Gaul. During Roman times it was known as Agedincum. The name Sens originated from the name of the Gallic tribe called Senones. The main attraction of this ancient city and possibly the whole of Burgundy is the Cathedral of Sens, dedicated to Saint Stephen with the Archbishops’ Palace nearby. The Sens Cathedral was one of the first Gothic buildings in France, first designed and started by the architect William of Sens in 1135 and finally completed in the 16th century. Despite the long time it took to build it, the original Gothic style was retained as envisaged by the architect. 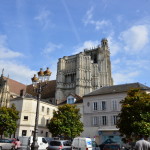 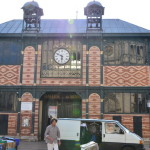 philosopher Peter Abelar, the scholastic philosopher and theologian who was condemned by the Orthodox Church authority for his views on moral character and religious teachings. How times have changed in the past thousand years! 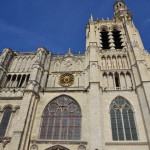 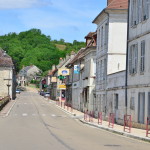 I admired the great scenery along route D606 through Burgundy and started to think about the philosophy of Abelar and his assertion that God gave everyone the ability to achieve great goals. My goal on this journey was to provide me with new knowledge and experience and to understand the world better. Over such a long period of traveling, I guess more than a thousand miles I never felt tired. After all, the beauty of nature and the discovery of cities visited for the first time brought joy and nourished me with vital energy! 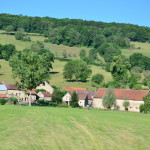 Finally, we arrived in Fontainebleau, the great palace of none other than Napoleon. We booked into one of the chain of hotels called F1, they are to be found in almost every region of France and I can confidently recommend them for budget travel. We stopped here for a very good night’s sleep in the last week of our voyage. I shall continue my commentary of our travels in my next issue.