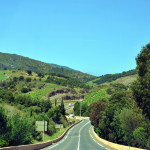 The Southern department of France, (Pyrenees-Oriental) was part of the former Principality of Catalonia, in the Kingdom of Aragon. Northeastern Spain and Andorra are also related to the Catalan lands. The next three days of our trip around Europe were devoted to traveling across the Basque lands of Catalonia.

From France to Barcelona, the capital of modern Catalonia, an autonomous region of Spain, you can drive along the E15 route or the D914. Of course, we 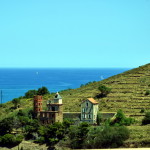 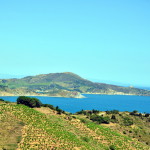 chose the road through the mountain pass with all the charm of romantic landscapes and breathtaking views of the Mediterranean Sea. The French town of Cerbere, nestling in a small bay surrounded by mountains, is the last French town before the Spanish border; we stopped there for lunch and ate lots of fresh apricots we purchased from a nearby market. During the hottest part of the day the town looked dead, all we saw was a half-empty café, a few strolling tourists and a couple of swimmers on the beach. 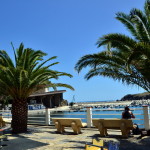 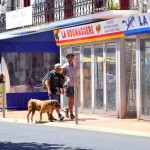 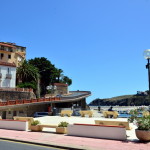 Driving up the mountains along Mediteranean coast, we reached a viewpoint with a fabulous view of the bay of Cerbere! Where an absolutely empty self-service petrol station was situated, after seeing no one around for miles we topped up with petrol via the automated petrol pump before crossing the Spanish border. 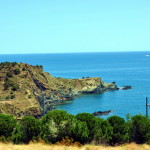 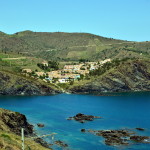 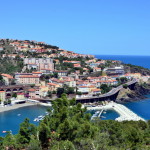 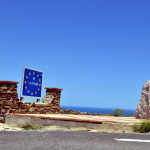 The Pyrenean Mountains named after a Greek goddess of ancient 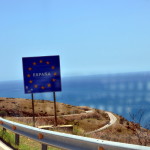 mythology. Have winding and sharp twisting roads that are extremely silent except for our motor climbing in low gear. The silence was not only from nature, but also due to a lack of cars on the road. The Spanish-French border was a pile of crumbling buildings deserted and dilapidated. After a few more turns along the narrow road we caught vision of our first Spanish city, possibly a resort on the Costa Brava. 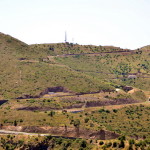 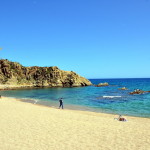 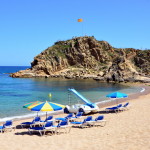 Being in Barcelona, I forgot that the capital of Spain is Madrid. Barcelona is of course the capital of Catalonia. The town cannot be confused with any other in the world, because it is special and unique! The architect Antoni Gaudi created an unrepeatable façade for this town. Casa Mila, Casa Vicens, Casa Batllo are the most famous Gaudi projects created with an intuitive sense of natural harmony, in which wavy lines are predominant and generate imaginative visions of fairy tales. 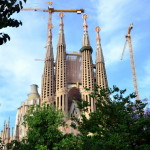 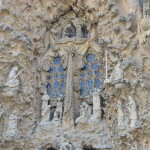 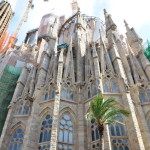 In 1882 Gaudí was offered the chance to continue the building of the Catholic Church Sagrada Familia, dedicated to the Holy Family, the first stone of which was laid a year earlier. Gaudi spent the following forty years of his life in the construction of the Sagrada Familia and to this day the project is not complete, because it is totally built on private donations. It is hoped that all work will eventually be completed by 2026. It is a shame that all photos taken of the Sagrada Familia appear with visible scaffolding and large cranes in the background. I hope that someday I will see this temple complete in all its glory. 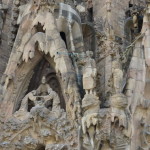 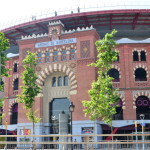 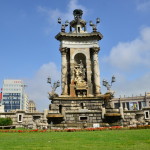 If you look at a map of Barcelona, all the streets in the center follow rectangular shapes and several avenues intersect most quarters diagonally. From the Sagrada Familia we went for a walk along Gaudi avenue which is lined with lime trees, exuding a honey like floral aroma. I will always remember Barcelona with a fond memory of the lime flower perfume which overwhelmed my strong perfume. 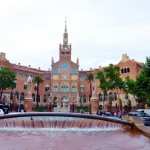 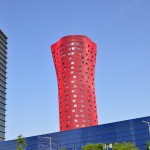 architectural masterpiece with gates and statues, the former Hospital of de la Santa Creu i Sant Pau. A hundred years ago a Catalan modernist Luis Domenech i Montaner built the complex on the site of an existing medieval hospital which dates back to 1401.

A few days should be spent in Barcelona in order to see and appreciate the
Park Guell, the Castell dels Tres Dragons, the Gothic Quarter, the Cathedral of Santa Eulalia and many other beautiful sights we saved for our next visit. In part 5 we will be visiting Montserrat, the romantic religious setting high up in the mountains.