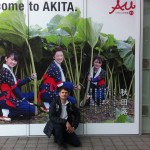 The aeronautic season of 2017 remained in my heart with five competitions in three countries, Russia, Belarus and Japan. In Ichinoseci (Japan) at the Balloon Festival 2017 Katsura Endo invited me to the command of the pilot from Japan Noboru Yamanaka. 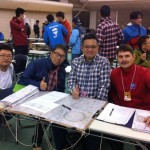 “My whole life is on the road!
Like digging up a small field,
Back and forth I wander. “(Matsuo Basho)

It was an exciting journey that began with a pleasant flight by JAL from Moscow to Akita (Tohoku region) with a transfer to Tokyo. In Japan, any region, any city is famous for something special and unique. Akita is famous for Akita’s beautiful girls, high-quality sake, the oldest breed of Akita Inuit dogs. Arriving in Akita, I settled in a small hotel with a minimum set for the traveller.

“In the close hut of my
Illuminated all four corners
Luna, looking out the window. “(Matsuo Basho)

A small room made of traditional straw mats “thalami”, a low table with a set of cups for tea, a mattress instead of a bed, a TV, a refrigerator and air conditioning. But most importantly, the hotel had its onsen, which can be visited at any time! After many hours of sightseeing, it was very convenient to relax in onsen. Walking around the town and the surrounding area for three days, I went to the main event of my trip – aeronautic competitions in Ichinoseci.

“Let’s hit the road! I’ll show you,
As in the distant Yoshino cherry blossom,
my old hat. “(Matsuo Basho)

For four hours I got from Akita to Ichinoseci by train. At the station a team led by the pilot 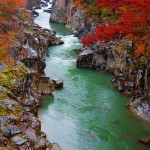 Noboru greeted me, and we headed to the community centre, where for the time of the competition all pilots with crews and Observers settled. We all settled in two large rooms in sleeping bags on thalami. “In crowded, but not offensive,” with a general “aeronautical spirit.” A good idea is to unite everyone in one place, where the warm communication of the participants of the competition takes place. This community center was next to the beautiful gorge Genbikei – a narrow river valley in the Kurikoma National Park. The fast flowing water of the river with the emerald water colouring forms the gorge. Genbikei was named a national place of scenic beauty and protected as a Monument of Nature.

For several days of the competition, we with the team of Noboru visited the most interesting 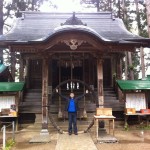 places in the area of Ichinoseci. Hiraizumi is a place created after the model of Kyoto, remarkable for its Buddhist temple Tusonji, built in 1109 and the extraordinary Garden of Pure Land.

In the Konjikido, or the Golden Hall of the temple, there are 11 sacred images of the Buddha, originally covered with varnish and gilding. Stunning with its beauty, the hall deserves a national treasure. Walking along the main road of the Garden of Pure Land, on both sides of which huge ancient cryptomeria hangs, it is impossible not to admire the untouched beauty of nature and the silence that reigns around. Everything here seems to be impregnated with spirituality, and a wide, ever-foggy road along the road seems to share two worlds: the present and the future. 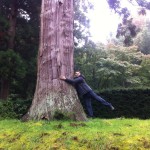 one of the three most beautiful places in Japan. The Gulf of Matsushima is covered with countless tiny islands, overgrown with pine trees. The general picture resembles a classical Japanese garden with a reservoir. On one of the islets the teahouse Kanrantei is built. This architectural treasure was transported to Matsushima from Kyoto as a gift of the military ruler of Japan Toyotomi Hideyoshi to local prince Masamune Date.

Japanese poet Matsuo Basho (1644-1694) traveled a lot around his country. A real delight caused him to visit the village of Matsushima (Pine Islands): “This is the first of the beautiful 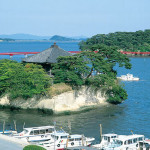 views of the country… And the whole view is so captivating, just like a beauty is hunted over the water. Does the god of the mountains not create it in the age of the gods-all-powerful? And can any one of people capture with a wave of a brush or exhaust the heavenly art of creation! “

Every evening, the team and I visited various bath complexes, onsen, each of which was not similar to the previous one. Therefore, the difficulties of aeronautics were brightened by restorative procedures.

“How the autumn wind whistles!
Then just understand my poems,
When you spend the night in the field. “(Matsuo Basho)

The competition was influenced by a typhoon with a strong wind and rain, so the schedule of 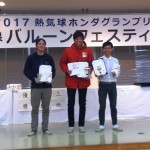 the event was reduced. Sports director Hiromori Saejima managed to implement in difficult weather conditions the best solutions for performing tasks by pilots. Of the 23 participants, the winner was a pilot from the legendary family of balloonists Yudai Fujita.

After the end of the competition, I went to Akita on a local train to continue the journey and visited the museum of local lore. This was the residence of the rulers of Akita – Kubota Castle, where until 1875 the kings of the Satake 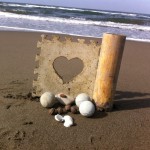 clan lived. I also splashed on the endless sandy beach of the Sea of Japan.

“The sea is raging!
Far, to the island of Sado,
The Milky Way is on its way. “(Matsuo Basho)

I watched the demonstration performances of Kanto. The main “chip” of Akita Kanto – 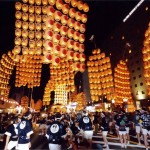 luminous paper lanterns, a bulky bunch hanging on a long bamboo pole. This impressive design is called “kanto”. Each flashlight 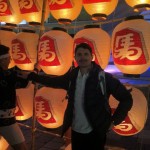 symbolizes sprouted rice grain. The more luminous lanterns are fixed on a stick, the more abundant the harvest will be. Men on the forehead, shoulders, hips and palms hold Kanto. Each such pole weighs approximately 50 kg.

A deep bow to my friends from the Japanese team (Katsura, Noboru, Yamaguchi, Taka) for 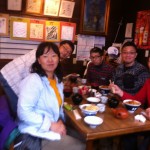 inviting me to a great competition in Ichinoseci, where I met many wonderful people and made new friends. My observer story was supplemented by a special and inimitable event. Much will remain in my memory after this trip to Japan.

“Dewdrops shine.
But they have a taste of sadness.
Do not forget! “(Matsuo Basho)