“The best way to get to know Venice is to get lost in it.”
(Tiziano Scarpa) 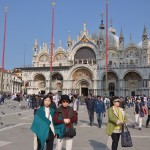 Renaissance architecture, decorated with sculptures from great masters, terracotta, yellow, pink and white houses facades with peeling damp plaster. The whole city is reflected in the glistening waterways, connected by ancient wooden and stone bridges. This is Venice, shabby and beautiful, it’s sunny and bright, shimmering with mirrored water reflections, it’s also rainy and sad, drooping and raw, but proud and not giving up time.

At the time of the great migration (IV-VII centuries), the Venetian tribes (from which Venice got its name), who lived on the northwestern shores of the Adriatic Sea, ran away from the invasion of the Gunas on the islands in the neighboring lagoons, establishing settlements there. After the fall of the Roman Empire, defending themselves against barbarians and ancient German tribes, the population of the islands began to unite, choosing Herakleia a single lifelong ruler in 697 AD. The first of which was Paul Lucius Anafest, later calling him the doge. In 810 AD, the government settled on the deserted island of Rialto, where the city of Venice was founded. 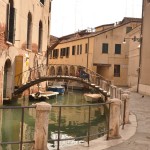 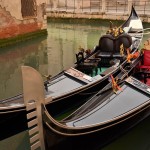 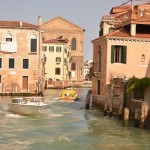 Venetians have learned to build houses on the water, driving millions of wooden piles into the 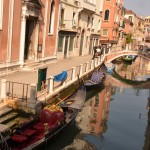 bottom of the lagoon, built the strongest fleet in the Mediterranean affording themselves invulnerability and long-term security. Known as the Lady and Queen of the Adriatic Sea in the 11th century, it controlled trade between East and West and also sponsored the Crusades, it was rich and prosperous. 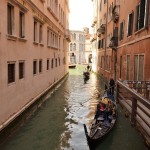 heart. There is no other similar place in the world, Venice is unique, and its uniqueness makes it even more majestic. It’s nice to wander in a mysterious city on the water, moving from one small alley to another, discovering more and more unfamiliar yet beautiful squares and churches. Saturated with an aging natural beauty. Standing on St. Mark’s Square, where the tourist mecca of this city is located is the pinnacle of the visit. 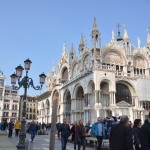 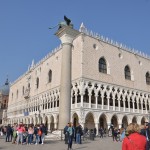 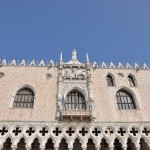 The main decoration of St. Mark’s is the cathedral, built in honor of this saint, who is the patron saint of Venice. According to legend, St. Mark and his disciples took refuge on the island of the lagoon during the storm, where the city was later built. The relics of the apostle Mark, abducted by Venetian merchants in 829 AD from Alexandria, are currently kept in the Cathedral. 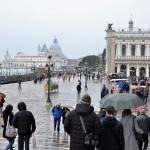 On the square in front of the cathedral there are several important landmarks: two columns – with a winged lion (the Symbol of Venice) and St. George, then there is a one hundred-meter-high bell tower with five bells, formerly a used as a beacon and the clock tower (Torre dell’Orolodjo) with a bell and a dial decorated with zodiac signs, topped with a sculpture of a winged lion that is visible from the lagoon a reminder of the richness and glory of Venice.

The Doge’s Palace was built in the Italian Gothic style; it has an openwork lace of white, gray and pink marble, combined with a Byzantine and Moorish look, as it was constructed over several centuries. The palace was the residence of the Doge, it also housed the governing bodies of the republic, the Grand Council and where the Senate met.

Every year gifts were presented to the Doge and one year, on the completion date of the basilica, a cage with pigeons was among the gifts. When the birds were released, they flew to the arch of the façade; St. Mark declared that they should consider these birds as sacred. Since then, pigeons have never left the main square of the city, where tourists feed them and allow the birds to sit on their hands and heads, for the sake of souvenir photos. 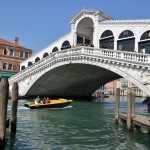 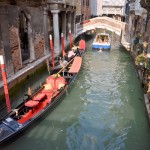 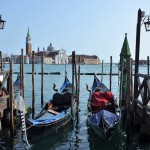 The whole of Venice is permeated with water arteries known as canals connecting 118 islands of the Venetian lagoon. Wooden and stone bridges, of which there are about four hundred in the city, cross them every so often, with the largest four bridges situated on the Grand Canal. 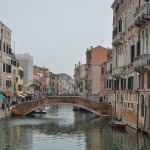 The most unusual and romantic bridge is the Bridge of Sighs, built with white marble and links 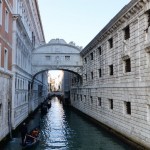 the Doge’s Palace to the prison building. It is claimed that the name of the bridge was quoted by the English poet Byron, believing that the prisoners who, after the verdict in the courtroom, sighed heavily on their way to prison, expecting suffer a hard fate. The bridge was secured so that no single prisoner could jump off and escape from justice. But the only convict who walked along the bridge, still managed to organize an incredible escape from prison, he was an adventurer, traveler, philosopher, diplomat and writer known as Giacomo Casanova, who was sentenced by the Inquisition to five years in prison in 1755 AD for “unfit for” adventures and magic.

In Oxford, Cambridge, St. Petersburg and Barcelona, similar bridges with the same name were built, but they are not connected with sad stories. To give this sad structure a romantic twist, the Venetians came up with the legend that if two lovers pass under it in a gondola at sunset 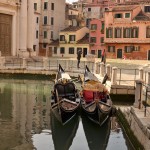 and kiss, their love will be eternal. Of course, only in a gondola should you pass under the bridge, because the gondola is a symbol of Venice. Since the foundation of the city, this was the main way of traveling along the waterways. The gondola is made of nine types of wood, with each detail thought out and constructed for a reason or a symbol; for example, the six teeth at the bow of each gondola denote the six quarters of the city.

In today’s Venice, magnificent palaces, reminiscent of it’s former luxury and prosperity, mostly line the banks of the Grand Canal. Each palace constructed in the architectural style of the corresponding period of history. 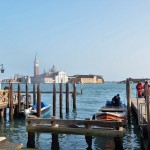 In Venice, there are no usual road avenues so along the main waterway, a water tram (vaporetto, or “batoeo” in Venetian style) is the main mode of transport which runs regularly. The Grand Canal, which is about four kilometers long, winds with the letter S and connects St. Mark’s Square with the Santa Lucia Railway Station; 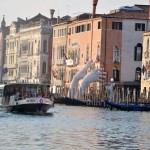 only there you can see any cars. The name of Santa Lucia is not accidental either. The relics of Sainta Lucia of Syracuse, the patroness of the blind, were brought from Syracuse to Constantinople, and then to Venice in 1204 AD, where they were buried in the Church of Saint Lucius. In 1860 AD, the relics were moved to the church of St. Jeremiah, and a railway station was built on the site of the demolished church, hence why the station was named Santa Lucia.

It would be impossible not to mention the music museum in the church of San Maurizio (Campo San Maurizio), where there is a unique collection of instruments of the XV and XVI centuries: violins, violas, mandolins, cellos, including those created by the great Amati, Stradivarius, Guarneri. Classical music fills the air and the atmosphere is extraordinary! 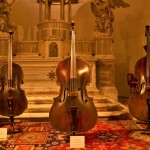 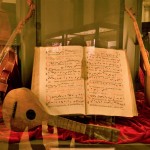 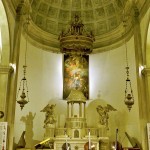 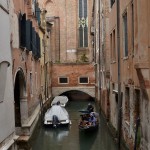 fish. He wrote “To live in Venice, you need to have been born here, so as to love her to forget and not to think of yourself outside of her. From morning to evening creating miracles, the poor eyes of the 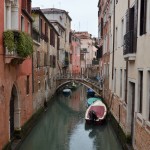 Venetians absorb the aesthetic radioactivity, called the splendor. The ray of splendor weakens in them every vital impulse, dulls, and suppresses them.
It is no accident that the Venetians were nicknamed “the fairest”.

If you visit The Venetian lagoon, you will never forget the experience.

“Oh Venice! Venice! When thy marble walls
Are level with the waters, there shall be
A cry of nations o’er thy sunken halls,
A loud lament along the sweeping sea!
If I, a northern wanderer, weep for thee,
What should thy sons do? – anything but weep
And yet they only murmur in their sleep.
In contrast with their fathers – as the slime,
The dull green ooze of the receding deep,
Is with the dashing of the spring-tide foam
That drives the sailor shipless to his home,
Are they to those that were; and thus they creep,
Crouching and crab-like, through their sapping streets.”