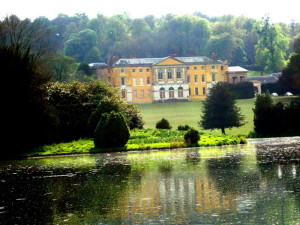 Landscape designer Humphrey Repton designed the most beautiful gardens for West Wycombe house in the 18th century with ornate buildings in the classical Greek and Roman styles. The park has many species of trees and plants from around the world to create a place with a different mood, melancholic and mysterious. Strolling along the lake, you find yourself in a world of enchantment.

The estate has belonged to the same family for more than 300 years. It was purchased in 1698 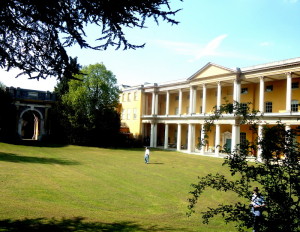 by Baronet Francis Dashwood and rebuilt in a Palladian style. The lovely country mansion was used for entertainment and is associated with the famous Hellfire Club or Order of Friars of St. Francis of Wycombe, a private club of the English aristocracy (1749 -1766), whose motto was “Do what thou wilt.” 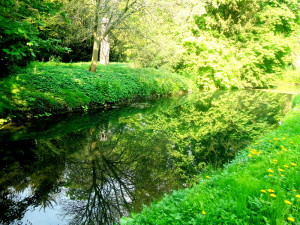 Dashwood liked dressing up in different costumes. On one 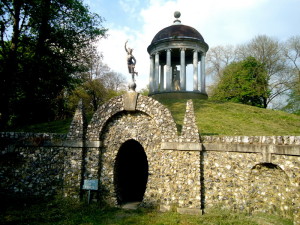 occasion, he assumed the role of the Pope, in others he and his friends would be dressed in leather and decorated with vine leaves to celebrate libation (wine offering to the gods) on the artificial lake, built by landscape architect Thomas Cook in the form of a swan. There was a Spanish galleon that sailed for the entertainment of the guests. In the gardens there were many sculptures of various gods like Priapus, Daphne, Flora, Venus and Dionysus, some of them have survived to the present day. 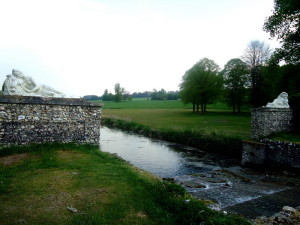 However, the idle life of the estate with an abundance of alcohol and free love was made known from the correspondence of club members. In later life, Sir Francis settled down and devoted himself to philanthropy. After his death in 1781 ownership of the estate passed to his brother the 3rd Baronet Sir John Dashwood – King. 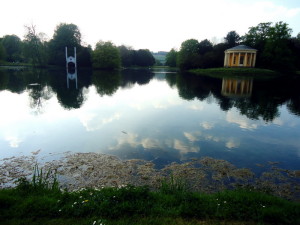 One of the heirs of Sir Francis, a Sir John Dashwood handed down most of the estate to the National Trust in 1943. The current head of the dynasty Sir Edward Dashwood currently 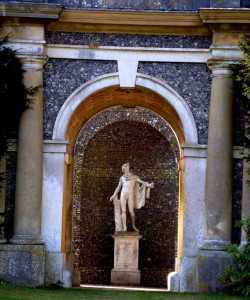 lives in the house with his family and looks after its heritage. Today the estate’s house is a museum, sometimes used as a film set and a place for entertainment with concerts and fireworks being held there regularly.

At summertime you can visit the house and see the some beautiful antiques, some specimens of which have been bought back and returned to the estate after they were sold by some of the heirs. The only surviving relics in the gardens are the Temple of Music with a scene on the island in the lake, built after the Temple of Vesta in Rome and was used as a theater, embellished in the foreground with two statues of nymphs. The Temple of Apollo with a statue of Apollo was used in earlier times for cockfights and finally a copy of the statue of Venus de Milo erected in 1820 to replace the destroyed Medici Venus.

This classic English landscape park abounds with appeal and charm, is extremely quiet with 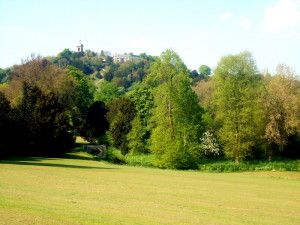 beautiful alleys to create an atmosphere of unity with nature. From the park you can see a view of the church tower with its hexagonal mausoleum, where the members of the Hellfire Club are buried.