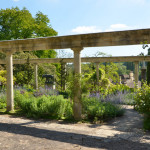 Travelling along the A36 we spotted a sign saying “ Efford Manor” just out of curiosity we decided to turn off and have a look. Suddenly 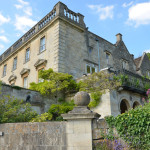 on the bank of the river From in the valley of Ifford there was this absolutely magical place. The Medieval Manor of Ifford, it is located between Bath and the town of Bradford – on – Avon on the steep southern slope of the valley. 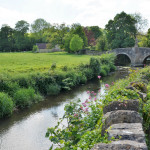 several times. In 1899 Harold Peto a renowned architect and garden 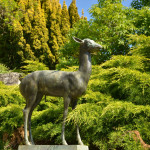 designer, bought it and created the most amazing Italian gardens on the terraces at the back of the house. Before acquiring the Manor house he had travelled extensively around Italy and the French Riviera designing houses with gardens for other people and at the same time collecting architectural objects to decorate his future dream of an Italian garden embodying all that he had learned during his travels.

When in 1899, Peto visited Ifford, he realised that this is where his dream would come true. 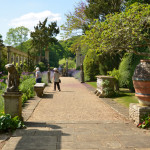 The steep slopes descending to the river were ideal the conditions 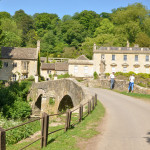 for his Italian garden, for which terracing was the main element. His idea of an ideal garden is a combination of architecture and plants. He did not have big finances but he managed to carry out numerous commissions in England and Ireland giving him the funds to create his ideal Italian gardens using the classical techniques and architectural features of Italian garden design from his projects.

After Peto’s death in 1933, the garden gradually fell into decline but in the 1970s was restored 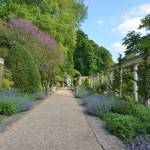 in accordance with the ideas of Harold Peto by the new owner a Miss Elizabeth Cartwright. Today, the gardens are open for visitors from 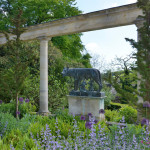 The gardens have a grand terrace walk along which he displays some of his
classic vases, sculptures, antique sarcophagi and other artefacts from his collection all surrounded by cypresses, junipers, wisteria and lots of assorted flowers among the 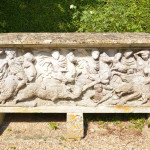 colonnades, statues and pools that abound in these 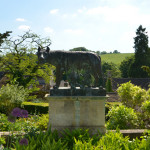 beautiful gardens. There is also an octagonal arbour of the XVIII century, well paved with stones surrounded by flowering irises and an oval basin with flowering lilies. Finally, we have a beautiful pavilion with marble columns from the 13th century all the way from Verona. From each terrace, there are delightful romantic views of the river valley and the surrounding villages.

At Iford, Peto, created the Italian fairytale garden he had always dreamed of.