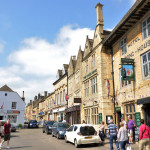 I heard about this old town many times from a friend of mine, he told me that this is one of the oldest towns in England and all along the streets when passing old cottages, elderly ladies would invite you in for tea. I wanted to visit this town and experience some of the old English traditions in that place. 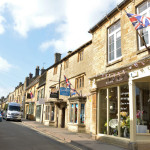 of course we no longer found the old ladies who invite you in for tea. Also none of the current residents we asked could remember this 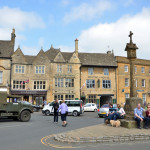 practice from the old days. But the feeling of antiquity and days gone by has been preserved on the main streets where there are many cozy cafes, serving traditional English high tea with scones and clotted cream.

Located in the Cotswold Hills, Stow was founded by the Norman lords as a trading center since it was well located at the intersection of several trade routes. In the center of the town there is 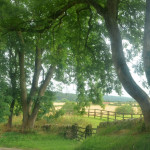 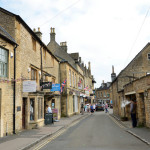 a main square where the ancient cross still exists which was used for selling horses, sheep and wool. The fair grew and the town prospered. The tradition of holding the fair has survived until now but has now been moved to the outskirts of the town.

Originally the town was called Stow St Edward in honor of its patron Saint. The Church of St. Edward was built in the center of the town in the 11th century where amazing stained glass 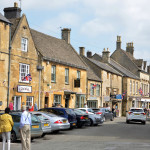 windows still survive. During the Civil War (1842 – 1851) royal prisoners used to spend the night in the church. Stow was of great 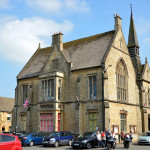 importance in the battles of that war. Often the royal and parliamentary armies passed through this town. In 1845 King Charles spent the night in the “King’s Arms” inn.

In March 1846, in a field near the town of Stow, the last battle took place between the royal army under the command of Sir Jacob Astley and the parliamentary army of Colonel Thomas Morgan. The Royal forces were defeated and were forced to retreat, the battle continued right to the town’s square and according to legend, ” Blood flowed down 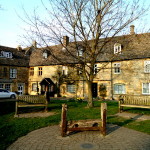 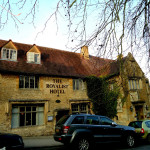 The captive Royalists were subsequently released under oath never to take up arms and commander Sir Jacob Astley was imprisoned in Warwick Castle. Thus, the last battle of Stow ended with the defeat of the royal army and ultimately the execution of the king, which laid the foundation of the British parliamentary democracy. Some names in the town remind us of past historical events, such as: “The Kings Arms” and “The Royalist Hotel”.

There are many old pubs in the town, one of them “The Porch House” claims to be the oldest 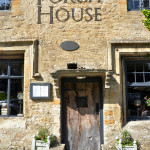 in England, built in 947 AD. I recommend you not to miss any of the 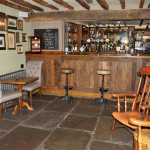 pubs and most certainly visit them all; each of them is unique in its design. In addition, in this town it is simply pleasant to take a walk and admire the ancient architecture: most of the cottages are built from the local Cotswold stone, mined in the area. Around the square and along the main street there are beautiful antique store, souvenir’s shops and art galleries.

Stow is indeed one of the oldest towns of England and one of the most picturesque in the Cotswold Hills.