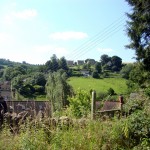 The County of Gloucestershire is unique with it’s three areas of natural beauty: The ancient Royal Forest of Dean, the Cotswold Hills 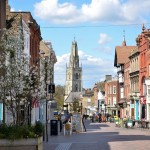 and the river Severn valley the longest in Britain, where the city of Gloucester, is nestling between the vales.

The Cotswolds are known for their outstanding natural beauty and are the largest in England and Wales, 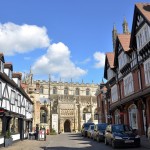 with the biggest area of hills stretching into the county of Gloucestershire. The Cotswolds natural beauty is combined with an aura of magic and mystery and Gloucestershire’s 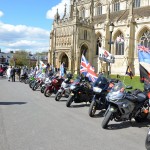 set of honey-coloured cottages flaunting the hills have a specific charm. Most of the Cottages, mansions and churches in this region are built with limestone, which has been locally quarried by hand since ancient times.

The Romans who built a fort on the river Severn founded Gloucester in 97 AD. In 577 the 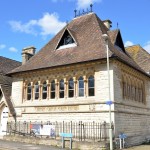 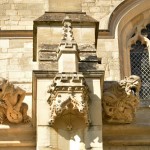 Saxons captured the town. There are more churches and chapels in this city than anywhere else. Oliver Cromwell once declared that Gloucester had “more churches than godliness”. Up to now people still use the aphorism “as sure as God’s in Gloucester”. 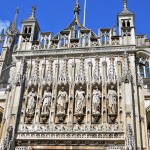 The most remarkable building is Gloucester Cathedral built in Roman and Gothic styles; in 1541 it was transformed from the Cathedral Church of St Peter and the Holy Indivisible Trinity, which had originated in 678. In the cathedral 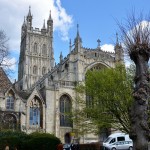 there are a lot of historical relics, magnificent stained-glass windows, monuments and burial places of famous people like King Edward II. Parts of the cathedral figured in episodes of the Harry Potter films. 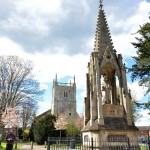 St Mary de Lode Church outside the Cathedral yard is the first Christian church in Britain. In the grounds nearby, there is a 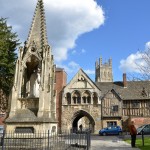 monument to Bishop John Hooper who was martyred in 1555, for refusing to accept the new beliefs imposed during the time of Queen Mary.

As well as many medieval towns, the county of Gloucester has 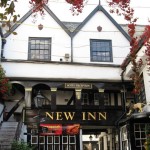 numerous half-timbered Tudor houses, the best known being the pub and restaurant called the New Inn, built in 1450 by a monk. Pilgrims seeking to bow to the relics of the Saint king Oswald of Northumbria, whose remains are buried here, used this guesthouse. 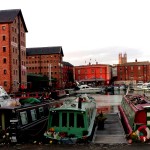 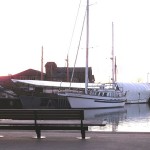 was constructed in Gloucester in 1759, which is one of the widest and deepest in Britain, now a significant tourist sight with beautiful yachts and ships moored alongside.

After a brisk walk around the city on a spring sunny day, it was fun to visit a pub called the Regal that will always be remembered by me over other pubs. It was originally constructed as a Cinema in 1939 and redesigned as a pub and restaurant in 1996 incorporating some famous cinematic objects in the décor, like the Oscar and King Kong.