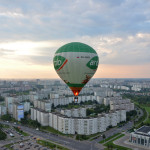 Minsk is a city you can easily fall in love with and this is my vision from a bird’s eye point of view. Once you fly over this city in a basket 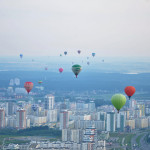 suspended from a hot air balloon, you will never forget the beautiful vision that lies below you. Minsk is almost the only capital in the world, over which flights in balloons are allowed.

On September the 9th, Minsk celebrated its 950th anniversary and 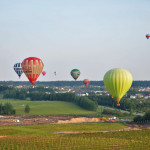 on September the 19th lots of balloonists from around the world celebrated the 234th anniversary of the first flight of sheep, duck and cock on the balloon designed by the Montgolfier brothers, which lasted 12 minutes somewhere in the vicinity of Paris. The Balloon Cup has now been organised three times in the Belarussian capital, this year’s Balloon Cup was for the 950th Anniversary of Minsk.

On the first day, the 8th of September we were all very disappointed with weather as no 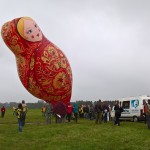 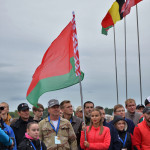 balloons took to the sky at the old airport in Minsk, where the opening ceremony of the championship was held, which had a huge fake balloon in the form of a Russian doll.

In the early morning of September, the 9th Minsk people were smiling after seeing balloons soaring in the sky above the city. 35 hot air balloons from 7 countries participated in the International Ballooning Cup which flew over Malinovka, Sukharevo, the Svisloch River, the Palace of the Republic then on towards Zaslavl and the Minsk Sea lake. 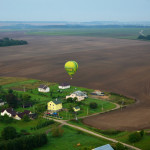 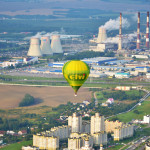 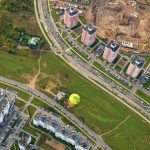 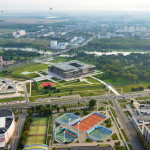 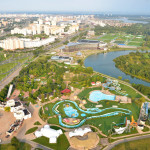 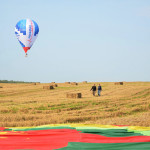 In the evening, over the Svisloch River in The Trayetskaye Pradmestsye, the historical centre of Minsk, aeronauts congratulated the city on its anniversary with a bright show of light from their gas burners. Fiery flames lit up the embankment during the festive fireworks display in honour of the foundation of ancient Minsk, which in 50 years’ time will celebrate its thousandth anniversary. Beautiful Minsk, is loved by all balloonists! 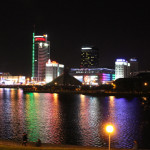 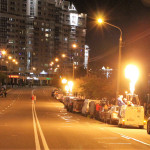 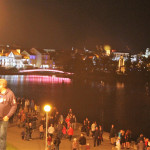 There are never enough flights in these competitions. So, the morning flight on September the 10th sadly finished the competition. 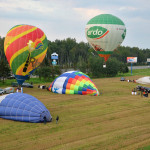 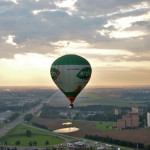 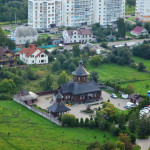 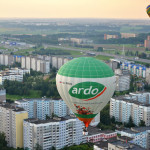 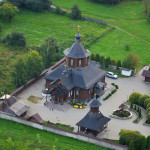 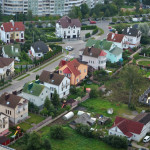 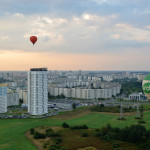 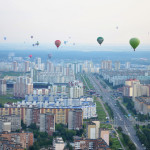 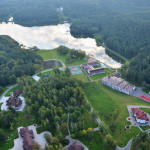 The winners were awarded their prizes later at the Hotel Forum in Ratomka. Congratulations to the pilot from Russia Ivan Menjajlo, who was the champion of this year’s Balloon Cup. 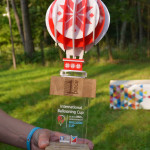 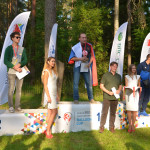 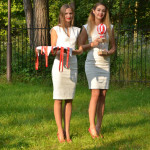 The Montgolfier’s will return to Minsk again in 2018, it would be nice to see you there!