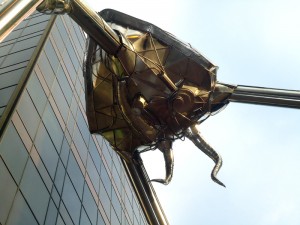 War of the worlds on the streets of England? Could you imaging an invasion of aliens on our planet nowadays? Could you believe in the possibility of such an event? Nevertheless, one of the best known cases of mass hysteria occurred in 1938 when one reporter in a broadcast in the United States announced that aliens had landed on Earth. The author pretended that he was reporting an actual live event.