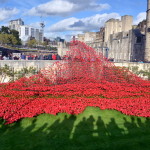 Red poppies are the emblems of Remembrance Day in the UK for those killed in the wars. This year, one hundred years since Britain’s involvement in the First World War, Britain honoured their memory at the Tower of London. For every British military fatality during the war a ceramic poppy was placed around the Tower, in excess of 888,246 poppies were planted, embodied in a wonderful project called “Blood Swept Lands and Seas” by artist Paul Cummins and designer Tom Piper, after the poem “In Flanders Fields” written by the soldiers themselves when poppies bloomed across some of the battlefields of Flanders during World War I.

The spectacle at the Tower where this unusual exhibition was installed, took your breath away, 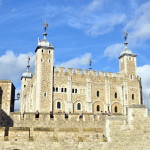 you can call the project stunning, even wonderful but you cannot forget the grief and troubles suffered by most families during that horrible war.

Remembrance Day is a memorial day in the UK and the Commonwealth countries. In 1919 King George V designated the date of 11th November as Remembrance Day for the victims of the First World War, which formally ended on the 11th hour of the 11th day on the 11th month, although officially the Treaty of Versailles was signed on June 28th 1919.

I want to share my photo gallery with you showing the unusual pictures of a red sea of poppies. These red ceramic poppies fixed on the top of sticks, remained at the Tower until 11 am on November 11th, since then the poppies are being sold and the proceeds will be directed to charities for veterans of the British army. Finally, may we never experience the same again. 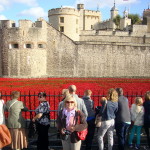 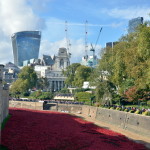 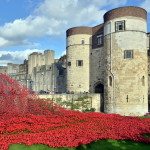 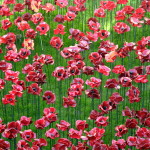 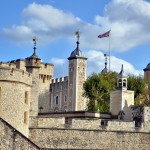 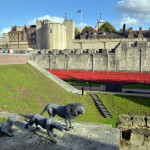 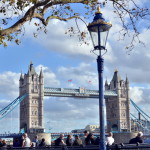 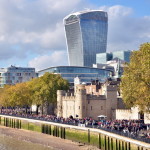 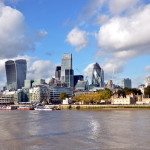