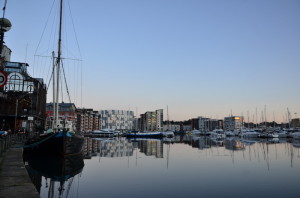 The city of Ipswich on the river Orwell creates an amazing view with its harbour and the many yachts reflected in the silver mirrored marina. The Neptune Marina Quay is one of the first photographs I took in the city of Ipswich. It was also my first impression of this amazing place.

Ipswich is the county town of Suffolk in eastern England and is also one of the oldest towns of Anglo-Saxon times (6-7th century). During the Roman conquest, the first villas and roads were built there but the town itself did not yet exist. Later, Germans tribes settled the land, followed by the Vikings and the Danes, before the British reclaimed it. A port was built on the River Orwell, because of its position next to the sea, trade with the Scandinavian countries was developed and in the 11th century Ipswich became a prosperous town. In the 12th century shipbuilding began to develop in the area. 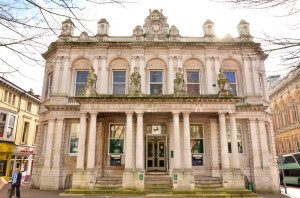 There are many interesting facts about the history of Ipswich. In the middle Ages there was a pilgrim’s destination in the city at the Marian Shrine of Our Lady of Grace. One of the pilgrims was none other than King Henry VIII but during the Reformation, when monasteries were destroyed, this shrine was brought to London and burned. Also, the now infamous Cardinal Thomas Wolsey, a favorite of King Henry VIII and the actual “shadow” ruler of England in those years, was born in Ipswich. 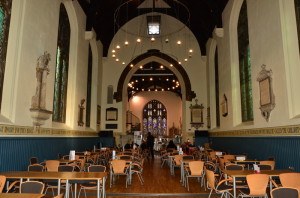 In the church of St. Lawrence (15th century) in the center of city, five old bells survive to this day which are considered to be some of the oldest bells in the world. They are known as “Wolsey’s bells” after the Cardinal’s uncle who commissioned one of them. Today the church buildings are being used as a cafeteria and restaurant with a very distinct religious but pleasant atmosphere.

A lot of old medieval buildings have been preserved in almost their original form. I am including some photos I took of the city during my visit. 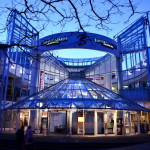 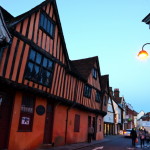 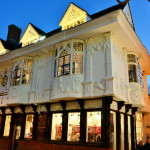