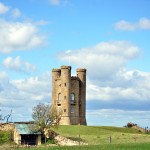 The Cotswold Hills are the second largest region of the Area Outstanding Natural Beauty in England and the largest National Park. The beauty of this landscape cannot be ignored with it’s hills, steep slopes, deep ravines, valleys, meadows, old beech forests and heath lands. In ancient times, the inhabitants of the Cotswolds worshiped the mother goddess Cod from Celtic mythology. It is assumed that the name Cotswold is derived from Cod being the name of the deity and Wold for hill.

As if by magic, small towns and villages with doll like cottages appear in diverse landscapes. 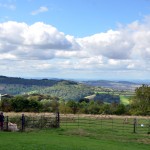 This golden-honey stone, that keeps its colour even in cloudy weather, changes shades with age and only becomes more expressive. Most of the cottages in the Cotswold villages, like Bibury, Castle Combe, Tewksbury, Stow-on-Wold and Broadway, were built in the Middle Ages, when, thanks to the breeding of a rare breed of sheep in the 16th century, the region flourished through the sale of wool. At the same time, many churches were built, conditionally known as “woolen”, which still adorn the panoramas of the hills. The highlight of the Cotswolds landscapes is a huge number of stone built fences, the total length of which is 4000 miles. 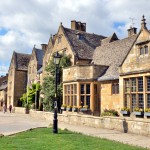 The village of Broadway was called the “Cotswold Jewel“. Little is known about its origin; during excavations, many artifacts were found, indicating settlements more than 5,000 years old. The name Broadway speaks for itself, there is a wide main street and is also one of the longest in England. In the 1600s, the village was the center of a coach stop between travelling from Worcester and London, 33 inns was built here. When the rail link opened and the station was erected in neighbouring Evesham, Broadway turned into a quiet paradise of peace and tranquility. Romantic poets, writers, impressionist and artists rushed here. Popularity returned at the beginning of the last century in a new capacity with the invention of the automobile, when thousands of tourists began to visit Broadway. In 1934, J. Priestly, in his guidebook “The English Journey”, called Broadway “the most English and least spoiled of all villages.”

The 14th-century Lygon Arms Hotel was key to the journey from Worcester to London and is associated with many significant historical events. During the Civil War (1642–1651), the leaders 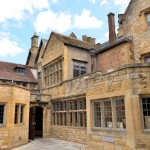 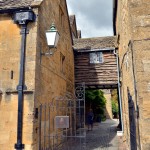 of both opposing armies, Oliver Cromwell and Charles I and subsequently other kings of England, including Edward VII and Edward VIII, stopped here at different times. In the 1920s, when Bolton Russell owned the hotel, his son Gordon Russell restored furniture from antiques found in the attic and subsequently became the leading designer of furniture in England. His many inventions, wardrobes with drawers and dressing tables, laid the foundation for modern furniture design. Today’s Broadway is the center of “Arts and Crafts,” a movement founded by the artist Morris in the Victorian era, proclaiming the superiority of handicraft production based on a combination of intellectual and manual labour over machine production. 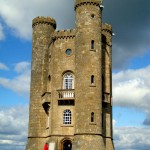 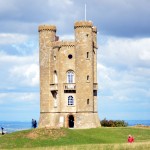 The Cotswold covers a territory of six counties and from the highest hills on a clear day you can see a panorama of over 13 counties. In 1794, from the window of her house in the city of Worcester Lady Coventry, the wife of 6th Earl of Coventry was admiring the lighthouse that was lit on one of the highest Cotswold hills at a 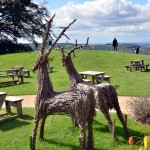 distance of 35 kilometers. The English landscape architect Lancelot Brown known as Capability Brown and the architect James White designed a tower 20 meters high in the form of a castle on a hill 312 meters high above sea level just for her. This little folly of an English lady was an example of architectural extravagance. Today the tower is a tourist attraction. If you are lucky to be here on a clear sunny day, you will see a fabulous panorama of hills stretching all around for hundreds of kilometers.