Unusual names always attract, sometimes you want to visit a place simply because you like the name and to find out if it matches your expectations. Each name has a history of its own. In England, more than 55,000 pubs have been preserved, which were once the inns, where coaches used to stop to change horses and passengers could stay the night. Times were wild and at night travelers often became victims of robbers, so many inns where you could spend the night where littered along most main roads. 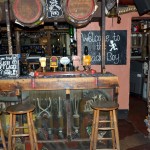 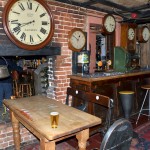 along the roads from private households; here one could not only stay for the night, but also have something to eat and drink. This became very popular in ancient times. In the 17th century, the number of pubs increased due to the introduction of gin, which was brought in from Holland. But some time later, when the working classes started drinking too much, the government introduced a “beer law” in 1830. Which made it easier to open beer houses. Beer was then considered as a useful and nutritious drink. Consequently, the number of pubs increased even more. 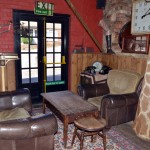 Now a pub is not only hotel, but also a meeting place for the local community, or “the heart of England”, as Samuel Pips, the author of a diary about the daily life of Londoners called them in the 17th century.

According to the law of 1393, adopted under Richard II, pubs were supposed to hang signs on the street with images, these often changed in accordance with changes in the country’s politics or in memory of certain historical 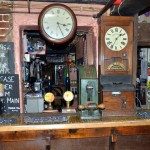 events. The most common name of the pub is “Lion”, which can be “red,“ golden ”or even“ white. ” There are more than 700 pubs named “Red Lion”. Legend attributes the tradition to call pubs by this name to English King James I, who allegedly demanded that the sign of the red lion must be displayed at all inns to show loyalty to the king. The lion was the heraldic symbol of the king. The second place among the names is “Royal Oak”, of which there are more than 600 on this island.

Several pubs all over England have the name “Black boy”. Legend states that this name was 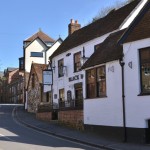 adopted from King Charles Stuart II (1630–1685), who was nicknamed “black boy” by his mother, Henrietta Maria of France because of his black hair, dark brown eyes and dark complexion inherited from his Italian grandmother, Maria de Medici. In 1650, after the political crisis in the country and the execution of King Charles I, his son Charles II was crowned as the legitimate heir in Scotland, but after losing the Battle of Worcester against the troops of Oliver Cromwell’s parliamentarians, Charles II escaped. All the posters issued for his search, described him as a “tall black man.” His popularity among the people was great, supporters of Charles, who were fighting for the restoration of the monarchy in the 1650s, began to name inns Black boy as a sign of commitment to the royalists. 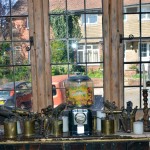 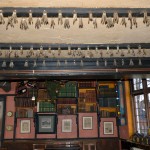 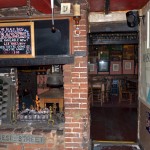 There are other versions of the origin of the name “Black Boy”. Referring to chimney sweeps and coal-miners.

The “Black Boy” Pub in the ancient English capital of Winchester was built in the 1700s. 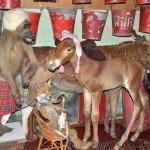 Legends about the origin of its name are also diverse. But this pub claims to be one of the country’s most unusual places, not because of the name. But because its owner, David Nicholson, in 1995 restored the building, retaining the charm of the old world and turned the pub into a “home-grown museum“. All walls and ceilings are hung with museum exhibits: eccentric decorations, nostalgic posters, hundreds of miniature bottles of alcoholic beverages, cartoons, maps and comics. Everything displayed on the walls has its own history, so the author claims. 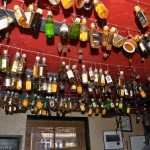 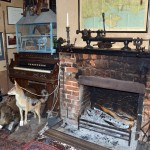 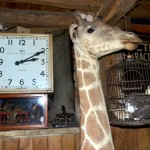 Perhaps such a museum cannot be found anywhere else, except in Winchester, well worth a visit, as it is definitely a one off.