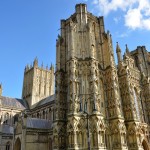 All small towns are very similar to each other, but some of them are remembered for something special. The city of Wells in the county of Somerset has the status of “city” even though it only has a population of a little more than 10 000. In England, the status of “city” is assigned only to towns where there is a substantial cathedral, Wells, is the second least populous city after the City of London.

The Cathedral of St. Andrew in Wells has an unmatched beauty in design and architecture in all England. This is the first Gothic cathedral in the world, built in the early English Gothic style, unlike other English churches, which combine different styles of architecture. 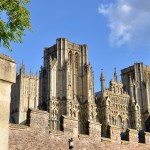 earnest on the present cathedral and in 1490 it was completed in the reign of Henry VII. Although the 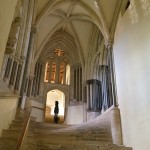 cathedral survived the Reformation period of Henry the VIII, in 1685, during the Monmouth Rebellion and also during the English Civil War, some of the internal decorations were damaged, many carved figures on the external facade were damaged by bullets, whilst others were totally destroyed. Today, out of the 400 original medieval sculptures only 300 remain, although most were replaced after the restoration. 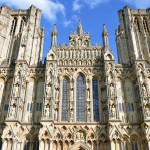 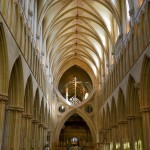 Europe. The niches are decorated with the figures of Christ, the twelve apostles and nine archangels, the rulers of England and biblical characters, pictures of the Resurrection and the Last Judgment. In the middle Ages, all these figures were embellished with different colours and highlighted in gold and silver. 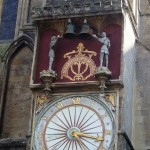 in the form of grape leaves with mythical creatures, animals and human figures symbolizing human vices and virtues. The cathedral contains a unique collection of medieval stained glass 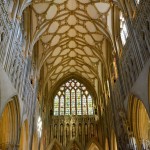 and one of the country’s oldest astronomical clocks dating back to 1325 (the oldest clock can be found in Salisbury). The actual clock mechanism was replaced and is today stored in the Science Museum in London.

Next to the cathedral in 1210 the Bishop’s Palace was built, on the 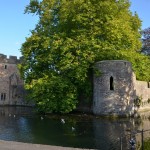 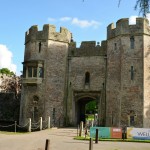 palace grounds there are two mineral springs, through which the city got its name. The third source of water is located in the city centre. The city, founded by Romans, became an important centre during Saxon times but by the Middle Ages had developed a textile industry, which exported most of it’s production to Portugal.

In the city centre near the cathedral you have to visit Vicars’ Close. This is the oldest medieval residential street in Europe, which was built for the choir of the Cathedral. On the main high 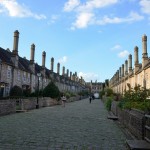 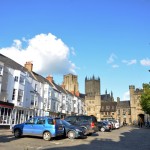 street you can find The Crown Inn pub, this is where the founder of Pennsylvania (USA) William Penn stayed.

This small city, saturated with historical events, keeps much of its originality. 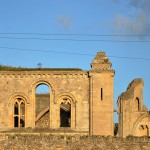 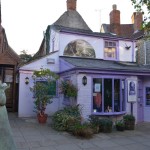 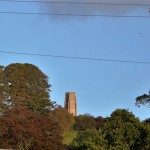 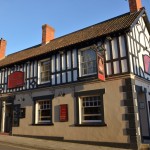 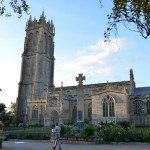 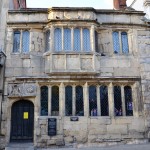 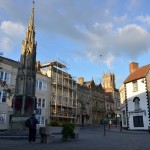 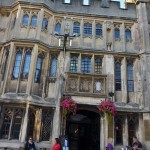 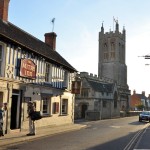 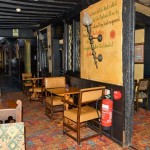 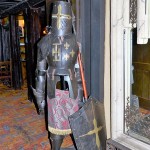 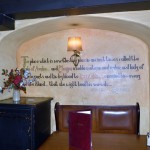